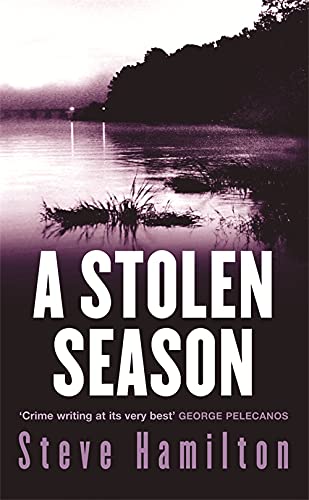 A Stolen Season
by Steve Hamilton

Out of Stock
$21.49
inc. GST
A superb new Alex McKnight thriller from this popular Edgar Award winner
Like New
Only 0 left

A Stolen Season by Steve Hamilton

It's the most miserable summer anyone can remember in Paradise, Michigan. Alex and his occasional partner Leon are outside the local casino waiting to see the 4th July firework celebrations when they witness a spectacular boat crash. They drag four men from the wreck and revive them. When Alex's friend Vinnie is later beaten up by four strangers, it doesn't take Alex long to figure out who they might be. Vinnie suspects that these strangers have been preying on some of the local tribes people, pressuring them to make fraudulent claims for medicine, which the men then sell on at street value to drug addicts.

When Alex and Vinnie begin to investigate, the men are forced into desperate action. One of them winds up dead, while the others are determined to prevent Alex and Vinnie from cutting off their drug supply. These dangerous newcomers receive a warm welcome from one quarter though - the criminal fraternity.

At least Alex can be certain that his cop girlfriend, Natalie, is safe in Toronto, working on a long-term undercover operation against a group of gun-runners. But Alex doesn't realise the true nature of the op and its link to the drug-traffickers; nor is he aware that Natalie is perilously close to having her cover blown. Then she comes face-to-face with three men who could be used to redefine the word vicious...

Born and raised in the Detroit area, Steve Hamilton lives in upstate New York with his wife and two children. He is a winner of the prestigious EDGAR AWARD. Visit his website: www.authorstevehamilton.com

GOR010391942
A Stolen Season by Steve Hamilton
Steve Hamilton
Used - Like New
Paperback
Orion Publishing Co
2007-08-22
304
0752881655
9780752881652
N/A
Book picture is for illustrative purposes only, actual binding, cover or edition may vary.
The book has been read, but looks new. The book cover has no visible wear, and the dust jacket is included if applicable. No missing or damaged pages, no tears, possible very minimal creasing, no underlining or highlighting of text, and no writing in the margins.