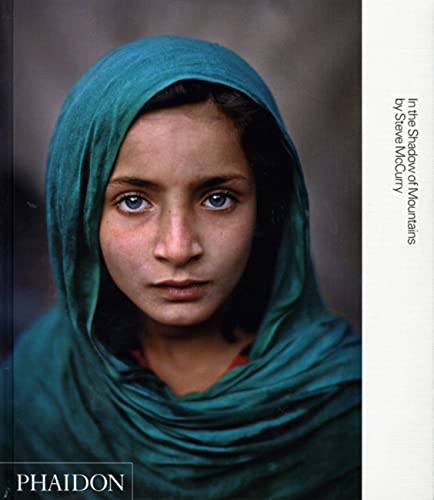 Steve McCurry; In the Shadow of Mountains Summary

McCurry's photographs eloquently illustrate a country of contradictions, where the contemporary battles with the ancient and the spiritual clashes with the secular. Striking portraits of men and women, are presented alongside timeless images of children at play and shepherds tending their flocks and ancient sandstone cities are contrasted with shanty-towns constructed from tattered tarpaulins. The famous mountainous landscapes and ancient temples are shown together with scenes of daily life, such as a bread seller at his kiosk or traders at a market.

McCurry's unique ability to cross boundaries of language and culture to capture stories of human experience is fully exhibited in this remarkable new collection of images.

Customer Reviews - Steve McCurry; In the Shadow of Mountains

Steve McCurry; In the Shadow of Mountains Reviews

"McCurry can make the hellish look heavenly - incredible photographs that change the way we look at our world - haunting and provocative images."-The Sunday Times Magazine

"These beautiful and often uplifting images, in finest documentary tradition, cross the boundaries of language and culture to capture the significant and the smaller stories of mankind."-Daily Telegraph

"All the photographs selected for this edition are perfect compositions and the book is a must for anyone interested in appreciating the natural beauty of Asia and colour travel photography."-Tribune

"A moving document of daily life amidst a staggering physical landscape and a politically turbulent one."-Traveller

"Extraordinary... Stunning... It is McCurry's skill as a portrait photographer that makes this book so compelling... images as strange and beautiful as any Van Gogh painting. This is a book that is hard to put down."-Sunday Telegraph

"From frenetic street scenes to lyrical portraits, [McCurry's] work captures the drama of life in a country he describes as "at once pastoral and chaotic... welcoming yet deeply inhospitable"."-Financial Times

Steve McCurry (b.1950) launched his career as a photojournalist when, disguised in native garb, he crossed the Pakistan border into Afghanistan over twenty years ago. His remarkable coverage won him the Robert Capa Gold Medal which is given to photographers who exhibit exceptional courage and enterprise. Famous also for his work in Southeast Asia, his photographs are beautiful, uplifting and powerful. McCurry works for many international journals and is a long-standing contributor to National Geographic magazine. He is a member of Magnum Photos.

Introduction by the author followed by one hundred colour photographs accompanied by extended captions providing background information on the images.

CIN000344721
Steve McCurry; In the Shadow of Mountains by Steve McCurry
Steve McCurry
Used - Very Good
Hardback
Phaidon Press Ltd
2007-09-01
152
0714846406
9780714846408
N/A
Book picture is for illustrative purposes only, actual binding, cover or edition may vary.
This is a used book - there is no escaping the fact it has been read by someone else and it will show signs of wear and previous use. Overall we expect it to be in very good condition, but if you are not entirely satisfied please get in touch with us.