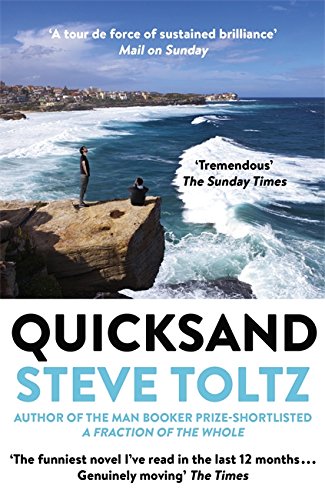 Dazzling, hilarious, disturbing and utterly unforgettable new novel from the author of the Man Booker-shortlisted A Fraction of the Whole.

'A tour de force of sustained brilliance' Mail on Sunday

Wildly funny and unceasingly surprising, Quicksand is both a satirical masterpiece and an unforgettable story of fate, family and friendship.

Aldo Benjamin may be the unluckiest soul in human history, but that isn't going to stop his friend Liam writing about him. For what more could an aspiring novelist want from his muse than a thousand get-rich-quick schemes, a life-long love affair, an eloquently named brothel, the most sexually confusing evening imaginable and a brief conversation with God?

'What a joy to surrender oneself to a writer of such prodigious talent.'
Peter Carey