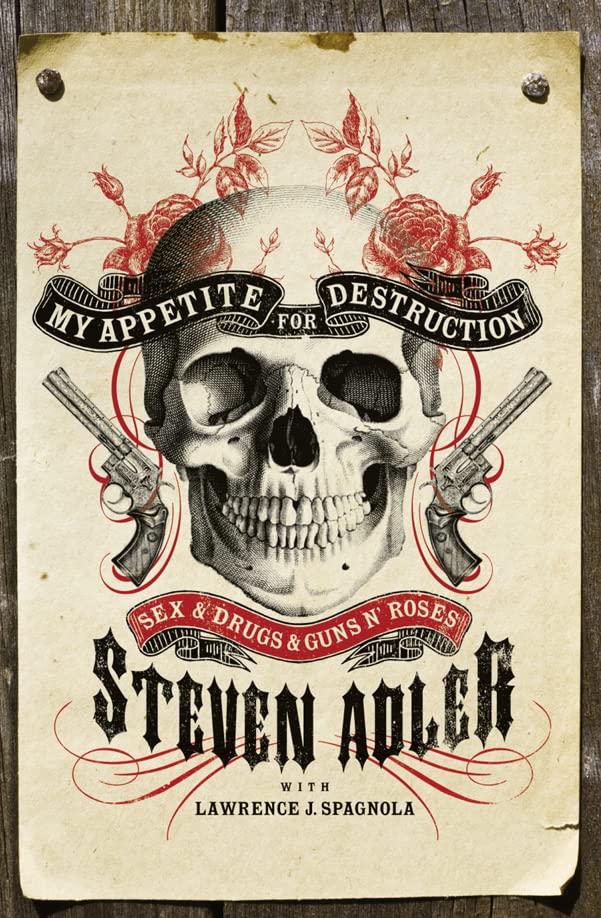 My Appetite for Destruction
by Steven Adler

From original Guns N' Roses drummer Steven Adler comes the inside story of Guns N' Roses through a new perspective and his own intense struggle with addiction.

My Appetite for Destruction Summary

From original Guns N' Roses drummer Steven Adler comes the inside story of Guns N' Roses through a new perspective and his own intense struggle with addiction.

Guns N' Roses is one of America's most successful rock bands, with estimated sales of 90 million albums worldwide. Steven Adler is the original drummer, with an infamous past of sex, drugs, and rock 'n roll that led to his removal from the band.

And here, for the first time, Steven Adler tells it all. In My Appetite for Destruction, he reveals his personal struggles with drug addiction, including the financial ruin he faced after being kicked out of Guns N' Roses and the health problems that almost claimed his life several times - two heart attacks, a suicide attempt, and a debilitating stroke, as well as an epic 20-year addiction to crack and heroin.

Now clean and sober under the watchful eye of family friend Dr. Drew Pinsky, Steven wants to set the record straight on his life for all Guns N' Roses fans and anyone else who is interested in discovering what really happened during the rise and collapse of one of the greatest rock bands of all time.

Steven Adler was the drummer of Guns N' Roses from 1985 to 1990. In 2003, he started Adler's Appetite, with whom he released an EP and continues to perform live. He lives in the Hollywood Hills with his wife, Carolina Adler.

GOR002149056
My Appetite for Destruction: Sex & Drugs & Guns 'N' Roses by Steven Adler
Steven Adler
Used - Very Good
Paperback
HarperCollins Publishers
2010-08-01
304
000736847X
9780007368471
N/A
Book picture is for illustrative purposes only, actual binding, cover or edition may vary.
This is a used book - there is no escaping the fact it has been read by someone else and it will show signs of wear and previous use. Overall we expect it to be in very good condition, but if you are not entirely satisfied please get in touch with us.