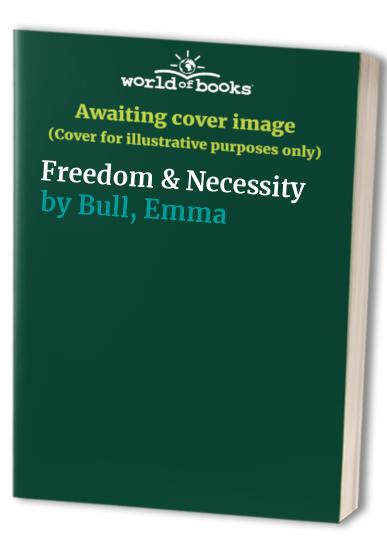 Freedom and Necessity
by Steven Brust

Freedom and Necessity by Steven Brust

It is 1849. James Cobham, young man about London, has tragically drowned in a boating accident. Or has he? Two months after his disappearance, his cousin receives a letter. James is in hiding, with no memory of the last two months. His cousin responds that he probably ought to continue in hiding, and the adventures begin. Told through letters, diaries, and real contemporary documents, this unique novel by two of today's freshest and most popular fantasists leads the reader through every corner of mid-nineteenth-century Britain, from the parlors of the elite to the dens of the underclass. Not since Wilkie Collins or Conan Doyle has there been such a profusion of guns, swordfights, family intrigues, women disguised as men, secret societies, occult pursuits, philosophical discussions, and passionate romance. And not since the historical romps of George MacDonald Fraser has there been such a complex, satisfying array of historical characters and startling events.

"One of the most impressive novels I've read in a long time." --"Locus"

Born in Minneapolis, Minnesota, and raised in a family of Hungarian labor organizers, Steven Brust worked as a musician and a computer programmer before coming to prominence as a writer in 1983 with "Jhereg," the first of his novels about Vlad Taltos, a human professional assassin in a world dominated by long-lived, magically-empowered human-like "Dragaerans."
Over the next several years, several more "Taltos" novels followed, interspersed with other work, including "To Reign in Hell," a fantasy re-working of Milton's war in Heaven; "The Sun, the Moon, and the Stars," a contemporary fantasy based on Hungarian folktales; and a science fiction novel, "Cowboy Feng's Space Bar and Grille." The most recent "Taltos" novels are "Dragon" and" Issola." In 1991, with "The Phoenix Guards," Brust began another series, set a thousand years earlier than the Taltos books; its sequels are "Five Hundred Years After" and the three volumes of "The Viscount of Adrilankha": "The Paths of the Dead, The Lord of Castle Black, "and" Sethra Lavode."
While writing, Brust has continued to work as a musician, playing drums for the legendary band Cats Laughing and recording an album of his own work, A Rose for Iconoclastes. He lives in Las Vegas, Nevada where he pursues an ongoing interest in stochastics.
Emma Bull was born in 1954 in Torrance, California. She now lives in Minneapolis and is also the author of "War for the Oaks" and "Bone Dance."

GOR004846310
Freedom and Necessity by Steven Brust
Steven Brust
Used - Very Good
Paperback
St Martin's Press
1998-03-01
10
0812562615
9780812562613
N/A
Book picture is for illustrative purposes only, actual binding, cover or edition may vary.
This is a used book - there is no escaping the fact it has been read by someone else and it will show signs of wear and previous use. Overall we expect it to be in very good condition, but if you are not entirely satisfied please get in touch with us.