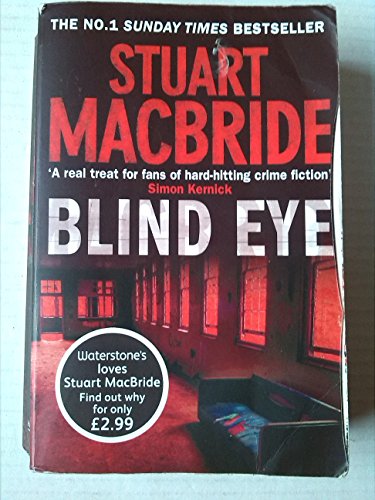 The Number One bestselling detective series. Nothing keeps a crime hidden like fear, and DS Logan McRae hits a dead-end in this 5th crime thriller from the award-winning Stuart MacBride.

The Number One bestselling detective series. Nothing keeps a crime hidden like fear, and DS Logan McRae hits a dead-end in this 5th crime thriller from the award-winning Stuart MacBride.

`You can't be an eyewitness if I cut out your eyes...'

Someone's preying on Aberdeen's growing Polish population. The pattern is always the same: men abandoned on building sites, barely alive, their eyes gouged out and the sockets burned.

With the victims too scared to talk, and the only witness a paedophile who's on the run, Grampian Police is getting nowhere fast. The attacks are brutal, they keep on happening, and soon DS Logan McRae will have to decide how far he's prepared to bend the rules to get a result.

The Granite City is on the brink of gang warfare; the investigating team are dogged by allegations of corruption; and Logan's about to come to the attention of Aberdeen's most notorious crime lord...

`Hard-hitting prose with a bone-dry humour and characters you can genuinely believe in, Stuart MacBride's Logan McRae series of novels are a real treat.' Simon Kernick

`Irresistible and repulsive in equal measure ... The result? A real page-turner' Scotland on Sunday

GOR010542660
Blind Eye (Logan McRae, Book 5) by Stuart MacBride
Stuart MacBride
Logan McRae
Used - Like New
Paperback
HarperCollins Publishers
2011-12-12
560
0007467664
9780007467662
N/A
Book picture is for illustrative purposes only, actual binding, cover or edition may vary.
This is a used book - there is no escaping the fact it has been read by someone else and it will show signs of wear and previous use. Overall we expect it to be in very good condition, but if you are not entirely satisfied please get in touch with us.