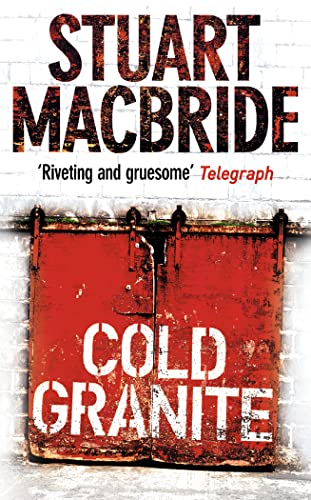 Stuart MacBride's Number One bestselling crime series opens with this award-winning debut. DS Logan McRae and the police in Aberdeen hunt a child killer who stalks the frozen streets.

Stuart MacBride's Number One bestselling crime series opens with this award-winning debut. DS Logan McRae and the police in Aberdeen hunt a child killer who stalks the frozen streets.

It's DS Logan McRae's first day back on the job after a year off on the sick, and it couldn't get much worse. Three-year-old David Reid's body is discovered in a ditch: strangled, mutilated and a long time dead. And he's only the first. There's a serial killer stalking the Granite City and the local media are baying for blood.

Soon the dead are piling up in the morgue almost as fast as the snow on the streets, and Logan knows time is running out. More children are going missing. More are going to die. And if Logan isn't careful, he could end up joining them.

`A riveting and gruesome debut' Telegraph

GOR001073780
Cold Granite (Logan McRae, Book 1) by Stuart MacBride
Stuart MacBride
Logan McRae
Used - Very Good
Paperback
HarperCollins Publishers
2006-01-16
592
0007193149
9780007193141
Short-listed for Theakston's Old Peculier Crime Novel of the Year 2007
Book picture is for illustrative purposes only, actual binding, cover or edition may vary.
This is a used book - there is no escaping the fact it has been read by someone else and it will show signs of wear and previous use. Overall we expect it to be in very good condition, but if you are not entirely satisfied please get in touch with us.