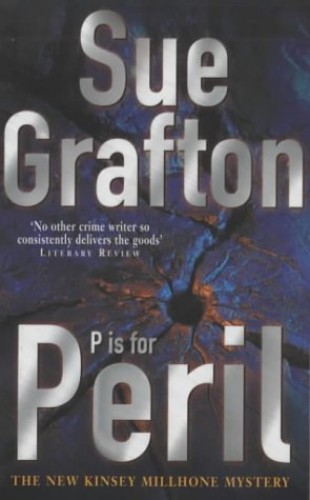 P is for Peril
by Sue Grafton

In Stock
$13.49
inc. GST
'One of the more humane and empathetic sleuths on the block, Grafton's heroine is also genuinely believable, full of quirks and all too human foibles . . . Absolute top form' Time Out
Like New Very Good
Only 2 left

P is for Peril Summary

P is for Peril by Sue Grafton

It is now nine weeks since Dr Dowan Purcell vanished without trace. The sixty-nine-year-old doctor had said goodnight to his colleagues at the Pacific Meadows nursing home, had climbed into his car and driven away - never to be seen again.

His embittered first wife Fiona is convinced he is still alive. His second wife, Crystal - a former stripper forty years his junior - is just as sure he is dead. Enter private investigator Kinsey Malone, hired by Fiona to find out just what has happened to the man they loved.

Enter also Tommy Hevener, an attractive flame-haired twenty-something who has set his romantic sights on Kinsey. And Tommy is a man with a very interesting past . . .

'Grafton is a delight to read, her books being highly literatre, with believable plots and three-dimensionally drawn characters' Irish Times

GOR010460508
P is for Peril by Sue Grafton
Sue Grafton
Used - Like New
Paperback
Pan Macmillan
2002-04-12
528
0330371967
9780330371964
N/A
Book picture is for illustrative purposes only, actual binding, cover or edition may vary.
The book has been read, but looks new. The book cover has no visible wear, and the dust jacket is included if applicable. No missing or damaged pages, no tears, possible very minimal creasing, no underlining or highlighting of text, and no writing in the margins.