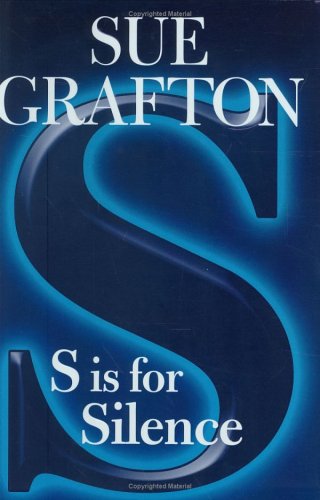 S Is for Silence
by Sue Grafton

Out of Stock
$25.99
inc. GST
In Kinsey Millhone's 19th excursion into the world of suspense and misadventure, a daughter wants the solace of closure in the mystery surrounding her mother's absence. Thirty-four years earlier, Violet Sullivan put on her party finery and left for the Fourth of July fireworks display. She was never seen again.
Very Good
Only 0 left

S Is for Silence Summary

S Is for Silence by Sue Grafton

New York Times bestselling author Sue Grafton is published in 28 countries and 26 languages--including Estonian, Bulgarian, and Indonesian. Books in her alphabet series, begun in 1982, are international bestsellers with readership in the millions. And like Raymond Chandler, Ross Macdonald, Robert Parker, and John D. MacDonald--the best of her breed--Sue Grafton has earned new respect for the mystery form. Her readers appreciate her buoyant style, her eye for detail, her deft hand with character, her acute social observances, and her abundant storytelling talents.

Sue divides her time between Montecito, California and Louisville, Kentucky, where she was born and raised. She has three children and two grandchildren. Grafton has been married to Steve Humphrey for more than twenty years. She loves cats, gardens, and good cuisine.

GOR001742169
S Is for Silence by Sue Grafton
Sue Grafton
Kinsey Millhone Mysteries (Hardcover)
Used - Very Good
Hardback
Unknown
0
0399152970
9780399152979
N/A
Book picture is for illustrative purposes only, actual binding, cover or edition may vary.
This is a used book - there is no escaping the fact it has been read by someone else and it will show signs of wear and previous use. Overall we expect it to be in very good condition, but if you are not entirely satisfied please get in touch with us.