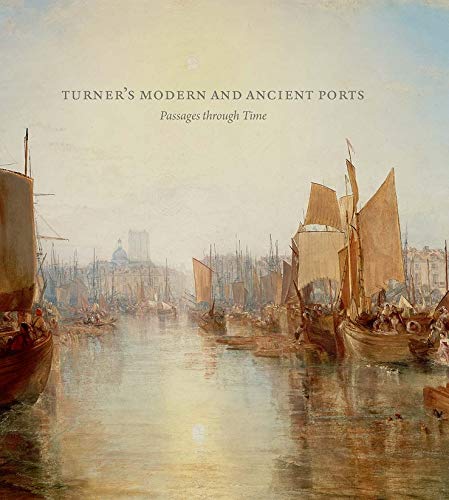 Used Price
$67.99
inc. GST
Free Shipping in Australia
An engaging look at one of the central motifs in the work of the great 19th-century painter
Reviews:
Trustpilot
Like New

Widely considered Britain's greatest painter, Joseph Mallord William Turner (1775-1851) is best known for his light-filled landscapes and seascapes. A relentless traveler, Turner often turned his artistic attention to the theme of modern and ancient ports. In the mid-1820s, Turner exhibited two monumental, and controversial, paintings of ports: Cologne and Dieppe. Shocking for their intense luminosity and yellow tonality, as well as for Turner's unorthodox handling of paint, these works marked a transition in the artist's career as he moved away from naturalism and toward a new, poetic topography.

This in-depth study of these two seminal paintings also addresses a wide selection of Turner's works in both oil and watercolor from the 1820s, placing them in the context of radical changes in British social and economic structures taking place at the time. Drawing from period travel accounts, contemporary critical commentary, and new technical analyses of Turner's work, this magnificently illustrated book brings a fresh, new perspective to the pivotal middle years of Turner's career.

GOR008669001
Turner?s Modern and Ancient Ports: Passages through Time by Susan Grace Galassi
Susan Grace Galassi
for Frick Collection
Used - Like New
Hardback
Yale University Press
2017-02-03
176
0300223145
9780300223149
N/A
Book picture is for illustrative purposes only, actual binding, cover or edition may vary.
The book has been read, but looks new. The book cover has no visible wear, and the dust jacket is included if applicable. No missing or damaged pages, no tears, possible very minimal creasing, no underlining or highlighting of text, and no writing in the margins.