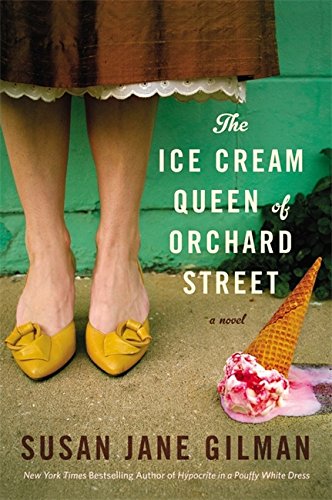 The Ice Cream Queen of Orchard Street: A Novel by Susan Jane Gilman

In 1913, little Malka Treynovsky flees Russia with her family. Bedazzled by tales of gold and movie stardom, she tricks them into buying tickets for America. Yet no sooner do they land on the squalid Lower East Side of Manhattan, than Malka is crippled and abandoned in the street. Taken in by a tough-loving Italian ices peddler, she manages to survive through cunning and inventiveness. As she learns the secrets of his trade, she begins to shape her own destiny. She falls in love with a gorgeous, illiterate radical named Albert, and they set off across America in an ice cream truck. Slowly, she transforms herself into Lillian Dunkle, "The Ice Cream Queen" -- doyenne of an empire of ice cream franchises and a celebrated television personality. Lillian's rise to fame and fortune spans seventy years and is inextricably linked to the course of American history itself, from Prohibition to the disco days of Studio 54. Yet Lillian Dunkle is nothing like the whimsical motherly persona she crafts for herself in the media. Conniving, profane, and irreverent, she is a supremely complex woman who prefers a good stiff drink to an ice cream cone. And when her past begins to catch up with her, everything she has spent her life building is at stake.

Susan Jane Gilman is the author of Hypocrite in a Pouffy White Dress and Kiss My Tiara. She has an MFA in Creative Writing from the University of Michigan, and has written commentary for The New York Times, The Los Angeles Times, and Ms. magazine, among others. Her fiction and essays have received several literary awards. Though she lives in Geneva, Switzerland, she remains, eternally, a child of New York.

GOR008921851
The Ice Cream Queen of Orchard Street: A Novel by Susan Jane Gilman
Susan Jane Gilman
Used - Very Good
Hardback
Little, Brown & Company
2014-06-10
528
0446578932
9780446578936
Commended for National Jewish Book Award (Debut Fiction) 2014
Book picture is for illustrative purposes only, actual binding, cover or edition may vary.
The book has been read but remains in clean condition. All pages are intact and the cover is intact. Some minor wear to the spine.