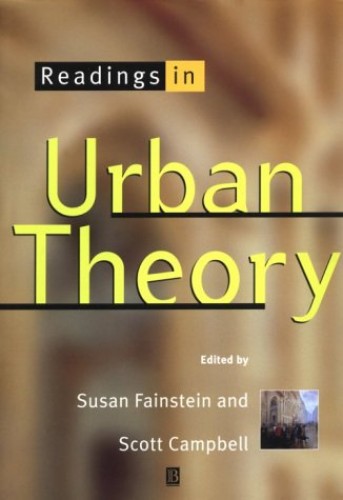 Used Price
$42.99
inc. GST
Free Shipping in Australia
This volume addresses a set of questions concerning the interaction of economy, culture, politics, policy and space within the United States and the United Kingdom. It contains unabridged selections from recent works by a group of authors who have transformed the field of urban theory.
Very Good

This volume addresses a set of questions concerning the interaction of economy, culture, politics, policy and space within the United States and the United Kingdom. It contains unabridged selections from recent works by a group of authors who have transformed the field of urban theory. Although there are important differences among the writers represented, they largely share a common paradigm of political-economic analysis. The readings deal with the changing urban and regional system, its social impacts, the effect of publicly sponsored redevelopment programmes and the cultural meanings of spatial relations. The book should be of interest to planners, policy-makers, students and instructors of planning, geographers and anyone who wishes to understand the urban and regional context in which they live and work if they are to be effective. It is a companion volume to "Readings in Planning Theory".

Susan S. Fainstein is Professor of Urban Planning and Policy Development at Rutgers, the State University of New Jersey. Her research has focused on planning theory, comparative public policy, urban redevelopment, and citizen participation. Among her books are Urban Political Movements, Restructuring the City, The City Builders (Blackwell, 1994), and Divided Cities (co-edited with Ian Gordon and Michael Harloe; Blackwell, 1992).

Scott Campbell is Assistant Professor of Urban Planning and Policy Development at Rutgers, the State University of New Jersey. His research has focused on defense-industrial cities, regional and environmental planning, and German cities. He is co-author of The Rise of the Gunbelt (with Ann Markusen, Peter Hall and Sabina Deitrick) and of a forthcoming book on Berlin, The City Builders

Introduction - theories of urban development and their implications for policy and planning, S.S. Fainstein and S. Campbell. Part 1 The changing urban and regional system: bourgeois utopias - visions of suburbia, R. Fishman; the global city, S. Sassen; the international mode of development and the restructuring of capitalism, M. Castells; the economics of postwar regional disparity, A. Markusen; reading the map - a theory of military-industrial places, A. Markusen et al; the changing world economy and urban restructuring, S.S. Fainstein. Part 2 Race and urban poverty: the truly disadvantaged - the hidden agenda, W.J. Wilson; race, class and segregation - discourse about African-Americans, N. Fainstein; toward greater racial diversity in the suburbs, W.D. Keating. Part 3 The politics of redevelopment, public-private partnerships and gentrification: partnership and the pursuit of the private city, G.D. Squires; the city as a growth machine, J. Logan and H. Molotch; gentrification, the frontier and the restructuring of urban space, N. Smith. Part 4 The city and contemporary culture: homegrown revolution - property and tax politics in Los Angeles, M. Davis; voices of decline, R. Beauregard; see you in Disneyland, M. Sorkin; social justice, postmodernism and the city, D. Harvey.

GOR009832216
Readings in Urban Theory by Susan S. Fainstein
Susan S. Fainstein
Used - Very Good
Paperback
John Wiley and Sons Ltd
1996-05-16
325
1557866090
9781557866097
N/A
Book picture is for illustrative purposes only, actual binding, cover or edition may vary.
This is a used book - there is no escaping the fact it has been read by someone else and it will show signs of wear and previous use. Overall we expect it to be in very good condition, but if you are not entirely satisfied please get in touch with us.