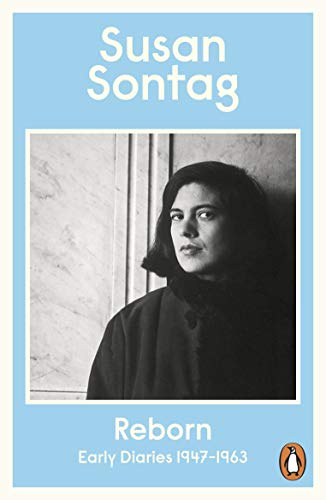 Out of Stock
$24.49
inc. GST
A selection from Susan Sontag's diaries (from 1947-1963) that takes us from early adolescence though to when Sontag was in her early thirties. It is an honest self-portrait which is also a revealing account of an artist and critic being born.
Like New
Only 0 left

'In the journal I do not just express myself more openly than I could do to any person; I create myself.'

Intimate, vulnerable and unsparing, Reborn bears witness to the evolution of Susan Sontag.

With entries dating from 1947-1963, the first instalment from Susan Sontag's diaries charts her ascension from early adolescence to her early thirties. Unabashed, though thoroughly self-reflective, Sontag's diaries reveal the inner workings of her mind, her insecurities and her passions. This compelling account of the evolution of America's greatest post-war intellectual allows us to behold the moral and political awakening of the artist and critic.

'An exceptionally vivid, and often moving, account of a young woman's painful journey towards acceptance of her own nature.' Sunday Telegraph

'One can feel Sontag's mind beginning to ripen and bloom, and the full force of the intellectual originality that would be her hallmark emerging' The Guardian

"A fascinating document of Sontag's apprenticeship, charting her earnest quest for education, identity, and voice . . . What slowly emerges . . . is a sense of Sontag's ferocious will. . . . She wanted to be a writer and would do almost anything to make that happen."--Darryl Pinckney, "The New Yorker" "A portrait of the artist as a young omnivore, an earnest, tirelessly self-inspecting thinker fashioning herself into the phenomenon she will be . . . Her journal is her true first book, the story of a woman struggling with her consciousness."--Richard Lacayo, "Time" magazine "A revelation . . . As do all the best critics, Sontag gave us new metaphors for how to read and see. Fabulously, surprisingly, "Reborn "shows she used that skill to understand her own pell-mell life."--John Freeman, "NPR.org" "What's fascinating . . . is that the journal reveals and adolescent and, later, a young woman, in whom 'ambition'--in this case, an overpowering yearning to be surroundede

Susan Sontag was born in Manhattan in 1933 and studied at the universities of Chicago, Harvard and Oxford. Her non-fiction works include Against Interpretation, On Photography, Illness as Metaphor, AIDS and its Metaphors and Regarding the Pain of Others. She is also the author of four novels, a collection of stories and several plays. Her books are translated into thirty-two languages. In 2001 she was awarded the Jerusalem Prize for the body of her work, and in 2003 she received the Prince of Asturias Prize for Literature and the Peace Prize of the German Book Trade. She died in December 2004.

GOR010229007
Reborn: Early Diaries 1947-1963 by Susan Sontag
Susan Sontag
Used - Like New
Paperback
Penguin Books Ltd
2009-10-01
336
0141045191
9780141045191
N/A
Book picture is for illustrative purposes only, actual binding, cover or edition may vary.
The book has been read, but looks new. The book cover has no visible wear, and the dust jacket is included if applicable. No missing or damaged pages, no tears, possible very minimal creasing, no underlining or highlighting of text, and no writing in the margins.