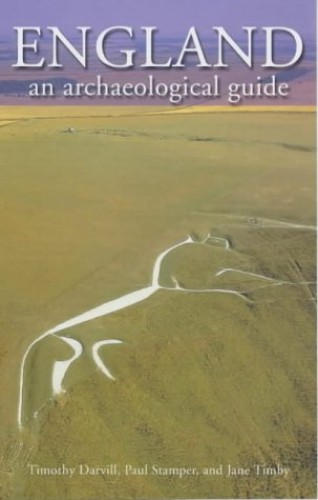 Out of Stock
$18.49
inc. GST
Offers descriptions and plans of the major and minor archaeological sites in England, dating from prehistoric times to the end of the middle ages. This guide also presents background information on the sites and the general history and archaeology of England in these periods.
Very Good
Only 0 left

England: An Oxford Archaeological Guide to Sites from Earliest Times to AD 1600 by T. C. Darvill

Travelling around England is in many senses a journey back in time. On all sides, and sometimes even under the road or footpath itself, there are fragments of the ancient past side by side with the clutter of the modern world. Medieval villages, castles, ancient churches, and Roman villas are commonplace and take us back to the time of Christ. Far older, yet equally abundant, are the barrows, hillforts, stone circles, camps, standing stones, trackways, and other relics of prehistoric times that have survived for several thousand years. This Guide is all about these ancient remains: the prehistoric, Roman, and medieval sites which date from the time between the first appearance of people in what we now call England during the last Ice Age and the end of medieval times around 1600 AD.

Timothy Darvill is Professor of Archaeology in the School of Conservation Sciences at Bournemouth University. He has served as Chairman of the Institute of Field Archaeologists and a Member of the Council of the National Trust.Jane Timby is a freelance archaeological consultant specializing in later prehistoric, Roman, and Saxon pottery. Paul Stamper is an Inspector of Ancient Monuments for English Heritage.

GOR002151581
England: An Oxford Archaeological Guide to Sites from Earliest Times to AD 1600 by T. C. Darvill
T. C. Darvill
Oxford Archaeological Guides
Used - Very Good
Hardback
Oxford University Press
2002-03-14
450
0192853260
9780192853264
N/A
Book picture is for illustrative purposes only, actual binding, cover or edition may vary.
This is a used book - there is no escaping the fact it has been read by someone else and it will show signs of wear and previous use. Overall we expect it to be in very good condition, but if you are not entirely satisfied please get in touch with us.