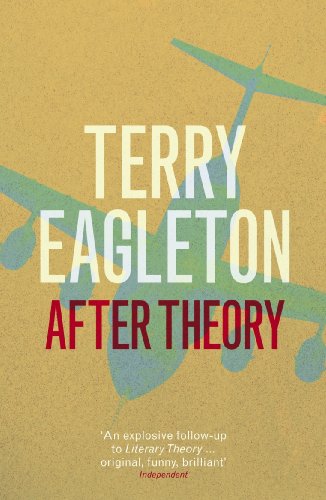 After Theory
by Terry Eagleton

In Stock
$12.49
+10% GST
Describes that cultural theory must start thinking ambitiously - not so that it can hand the West its legitimation, but so that it can seek to make sense of the grand narratives in which it is embroiled.
Very Good Good
Only 3 left

After Theory by Terry Eagleton

The golden age of cultural theory (the product of a decade and a half, from 1965 to 1980) is long past. We are living now in its aftermath, in an age which, having grown rich in the insights of thinkers like Althusser, Barthes and Derrida, has also moved beyond them. What kind of new, fresh thinking does this new era demand? Eagleton concludes that cultural theory must start thinking ambitiously again - not so that it can hand the West its legitimation, but so that it can seek to make sense of the grand narratives in which it is now embroiled.

'Showily, and wittily, Eagleton yearns for a species of salvation or transcendence from cultural theories' Prospect

'...An original thinker whose passion and zest for life, and writing, remain, after years in the famously desiccating groves of academe, undiminished' the Independent Magazine

'After Theory's huge achievement is to show just how formidable a presence the Marxist cultural critic can be, even here in the thronged and dismaying universe of Bush, Blair, Derrida and the celebrated M Jean Baudrilland' Independent on Sunday

Terry Eagleton is Professor of Cultural Theory at Manchester University. His books include Literary Theory, a trilogy on Irish culture, a novel, several plays, the screenplay for Derek Jarman's film Wittgenstein, and an autobiography, The Gatekeeper (Penguin 2001).

GOR001648223
After Theory by Terry Eagleton
Terry Eagleton
Used - Very Good
Paperback
Penguin Books Ltd
2004-08-26
240
0141015071
9780141015071
N/A
Book picture is for illustrative purposes only, actual binding, cover or edition may vary.
This is a used book - there is no escaping the fact it has been read by someone else and it will show signs of wear and previous use. Overall we expect it to be in very good condition, but if you are not entirely satisfied please get in touch with us.