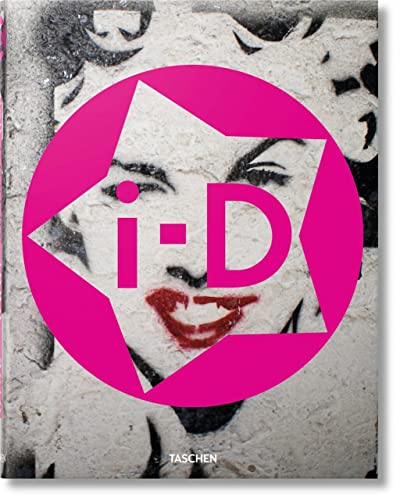 In celebration of 30 years at the forefront of international fashion and lifestyle publishing, this book, edited by Creative Director and i-D founder Terry Jones, features all of the iconic covers to date as well as the best stories behind the making of the images. In personal discussion with many of the creative talents he has worked with over the years, Terry Jones weaves his own personal web of diary, memories, and magic to give the reader an unforgettable look into a secret world before the digital age made everything accessible and public.

Taking us to the present day with Nick Knight's three latest covers (streamed instantly and shown online as he was photographing them), this book offers an incredible insight into a creative world that is changing under our eyes, but still has its heart and its creativity firmly rooted in its beginnings.

"Over the past three decades i-D magazine has collaborated with some of professional photography's greatest names to push creative boundaries and get us thinking... a new book from TASCHEN celebrates 30 years of covers from the magazine and features memorable images from Nick Knight, Corinne Day and Tesh, among many others." * Professional Photographer, London *

Founder and editor-in-chief of i-D magazine, Terry Jones started his fashion career in the 1970s as art director of Vanity Fair and Vogue UK. Since 1977 his Instant Design studio has produced catalogues, campaigns, exhibitions, and books, including TASCHEN's Smile i-D, Fashion Now 1, Fashion Now 2, and Soul i-D. Richard Buckley started his career as a journalist at New York Magazine in 1979. Editor-in-Chief of Vogue Hommes International between 1999 and 2005 he has also contributed to Dutch, Italian Vogue, Mirabella, Vanity Fair, WWD and W. Edward Enninful was appointed Fashion Director of i-D in 1991, becoming the youngest ever Fashion Director of an international magazine. Today Enninful's time is shared between i-D, Italian and American Vogue. His fashion campaigns have included Versace, Armani, Christian Dior, Mulberry and Lanvin.