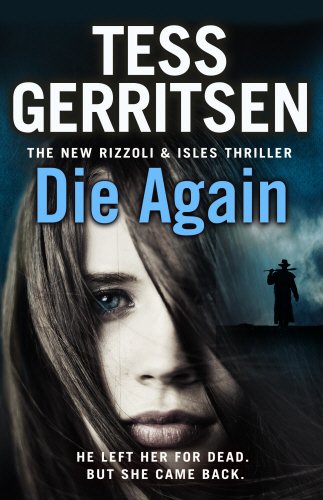 Out of Stock
$14.99
inc. GST
'Crime writing at its unputdownable, nerve-tingling best' HARLAN COBENTHE VICTIMSIn Boston, Detective Jane Rizzoli and Forensic Pathologist Maura Isles investigate a bizarre murder. When the remains of another victim are found, it is clear that this murderer has been at work for years, and not just in Boston.
Very Good
Only 0 left

'Crime writing at its unputdownable, nerve-tingling best' HARLAN COBEN THE VICTIMS In Boston, Detective Jane Rizzoli and Forensic Pathologist Maura Isles investigate a bizarre murder. A man has been found gutted and hanging in his home. When the remains of another victim are found, it is clear that this murderer has been at work for years, and not just in Boston. THE KILLER Five years ago, a group of travellers set off on an African safari. None of them was seen again - apart from one woman who stumbled out of the bush weeks later, barely alive. The only woman to have seen the killer's face. THE SURVIVOR Has the `safari killer' resurfaced in Boston? Jane is sent to Africa to find the one link between the two cases - the only survivor. And convince her to face death once again...

"With DIE AGAIN Tess Gerritsen proves that she is still at the top of her game. I loved this fantastically gripping story and can't wait for more." * KARIN SLAUGHTER *
"A battle of wits where only the strong can survive. This is Tess Gerritsen at her finest!" * LISA GARDNER *
"Crime writing at its unputdownable, nerve-tingling best" * HARLAN COBEN *
"Tess Gerritsen once again proves her masterful dominance in stories delving into the criminal mind and forensic sciences. Die Again left me breathless. I dare you to try to stop reading this once you've started" * JAMES ROLLINS *
"This is Gerritsen at her dark, addictive best." * WILLIAM LANDAY *

Bestselling author Tess Gerritsen is also a physician, and she brings to her novels her first-hand knowledge of emergency and autopsy rooms. Her thrillers starring homicide detective Jane Rizzoli and medical examiner Maura Isles inspired the hit TV series Rizzoli & Isles. But Tess's interests span far more than medicine and crime. As an anthropology student at Stanford University, she catalogued centuries-old human remains, and she continues to travel the world, driven by her fascination with ancient cultures and bizarre natural phenomena. For more information on Tess Gerritsen and her novels, visit her website: www.tessgerritsen.com

GOR007153275
Die Again: (Rizzoli & Isles 11) by Tess Gerritsen
Tess Gerritsen
Rizzoli & Isles
Used - Very Good
Paperback
Transworld Publishers Ltd
2015-09-24
432
085750214X
9780857502148
N/A
Book picture is for illustrative purposes only, actual binding, cover or edition may vary.
This is a used book - there is no escaping the fact it has been read by someone else and it will show signs of wear and previous use. Overall we expect it to be in very good condition, but if you are not entirely satisfied please get in touch with us.