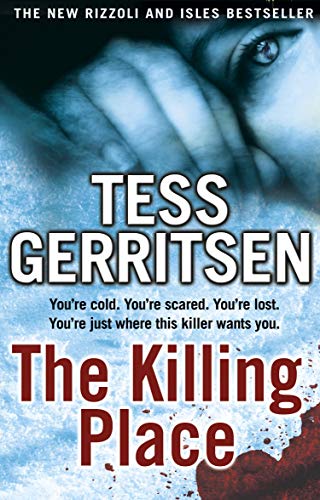 The Killing Place
by Tess Gerritsen

Out of Stock
$16.49
inc. GST
HE WATCHESSomething terrible has happened in the snowbound village of Kingdom Come, Wyoming.HE WAITSMaura Isles is driving through the area with a group of friends when they find themselves trapped in a snowstorm. Where the person who was watching Maura now lies waiting for her ...
Very Good
Only 0 left

HE WATCHES Something terrible has happened in the snowbound village of Kingdom Come, Wyoming. Twelve eerily identical houses stand dark and abandoned. The people who lived in them appear to have vanished, seemingly into thin air. HE WAITS Maura Isles is driving through the area with a group of friends when they find themselves trapped in a snowstorm. They stumble into the abandoned village to take shelter. But their nightmare has only just begun. THEY DISAPPEAR Days later, Jane Rizzoli flies to Wyoming to search for her missing friend. A crashed vehicle has been found with four badly burned bodies still inside. Can one of the corpses be Maura's? Jane's hunt for the truth leads her to Kingdom Come. Where the person who was watching Maura now lies waiting for her ...

"This is possibly the most bone-chilling story featuring on-going characters Rizzoli and Isles. Gerritsen plays on our fears in exploring what can happen when ordinary people unwittingly trigger extraordinary events" * Daily Mail *
"As the tension is screwed ever tighter, it's clear that, as ever, Tess Gerritsen has the full measure of the crime genre at her fingertips" -- Barry Forshaw

Bestselling author Tess Gerritsen is also a physician, and she brings to her novels her first-hand knowledge of emergency and autopsy rooms. Her thrillers starring homicide detective Jane Rizzoli and medical examiner Maura Isles inspired the hit TV series Rizzoli & Isles. But Tess's interests span far more than medicine and crime. As an anthropology student at Stanford University, she catalogued centuries-old human remains, and she continues to travel the world, driven by her fascination with ancient cultures and bizarre natural phenomena.

GOR003015785
The Killing Place: (Rizzoli & Isles series 8) by Tess Gerritsen
Tess Gerritsen
Rizzoli & Isles
Used - Very Good
Paperback
Transworld Publishers Ltd
2011-01-03
448
0553824813
9780553824810
N/A
Book picture is for illustrative purposes only, actual binding, cover or edition may vary.
This is a used book - there is no escaping the fact it has been read by someone else and it will show signs of wear and previous use. Overall we expect it to be in very good condition, but if you are not entirely satisfied please get in touch with us.