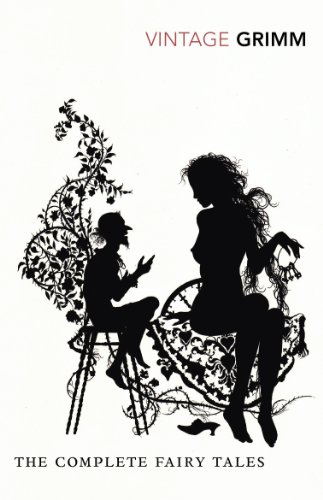 The Complete Fairy Tales
by The Brothers Grimm

Your favourite fantastic Grimm fairy tales and bedtime stories in the only complete edition of this classic collection.

Wolves and grandmothers, ugly sisters, a house made of bread, a goose made of gold...the folk tales collected by the Grimm brothers created an astonishingly influential imaginative world.

The Complete Fairy Tales by The Brothers Grimm

Your favourite fantastic Grimm fairy tales and bedtime stories in the only complete edition of this classic collection.

Wolves and grandmothers, ugly sisters, a house made of bread, a goose made of gold...the folk tales collected by the Grimm brothers created an astonishingly influential imaginative world. However, this is also a world where a woman serves her stepson up in a stew, a man marries a snake, a princess sleeps with a frog, and an evil queen dances to death in a pair of burning shoes. Violent, funny, disturbing, wise and sometimes beautiful, these stories have intrigued children, adults, scholars, psychologists and artists for centuries.

The only complete edition available of the most famous collection of fairy tales ever published, this collection features the 279 stories in an acclaimed, modern, unexpurgated translation. Now featuring an introduction from translator Jack Zipes.

It is hardly too much to say that these tales rank next to the Bible in importance -- W.H. Auden
The stories, and the figures themselves, have immense vitality, partly because no punches are pulled, and also because no emotion is unrepresented -- Margaret Atwood
Everyone should possess and know Grimm's Fairy Tales - one of the great books of the world -- Richard Adams * New York Times Book Review *
Clearly the text of choice for any reader...Zipes' edition deserves to become the standard translation -- German Quarterly
The Brother's Grimm were responsible for these fairytales that informed my life and made it as interesting, or as confused, or as wondrous as it is...they scared the shit out of me when I was a kid and they also gave me some of the most pleasure in life -- Terry Gilliam

About The Brothers Grimm

Jacob Grimm (1785-1863) and Wilhelm Grimm (1786-1859) were born in Hanau, Germany. They published the first of their many collections of fairy tales in 1812. The story that they wandered about Germany collecting their tales from the lips of peasants is a fairy tale itself. In fact, they invited educated middle class women into their home to tell them the stories they had heard from their servants. The point of their collection of folklore was to study the German language and they also did important work on the German dictionary. The stories were revised to be more appropriate for children in 1819 and were published under the title Children's and Household Tales. By the beginning of the twentieth century Children's and Household Tales was second only to the Bible in the German bestseller lists.

GOR001816906
The Complete Fairy Tales by The Brothers Grimm
The Brothers Grimm
Used - Very Good
Paperback
Vintage Publishing
2007-07-05
1072
0099511444
9780099511441
N/A
Book picture is for illustrative purposes only, actual binding, cover or edition may vary.
This is a used book - there is no escaping the fact it has been read by someone else and it will show signs of wear and previous use. Overall we expect it to be in very good condition, but if you are not entirely satisfied please get in touch with us.