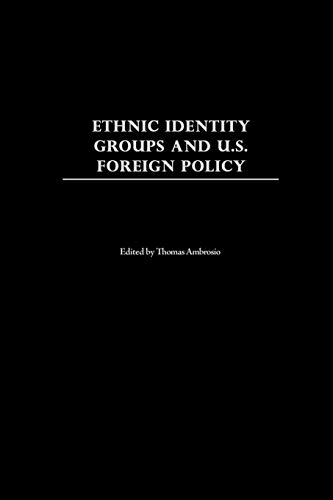 Ethnic identity groups-defined broadly to include ethnic, religious, linguistic, or racial identities-have long played a role in the formulation and implementation of U.S. foreign policy.

An in-depth literature review is provided, as well as an overview of the moral/ethical issues surrounding ethnic group influence on U.S. foreign policy, especially after the events of September 11, 2001. This volume is designed to spark debate on the theoretical, historical, and ethical issues of ethnic identity group influence on U.S. foreign policy. As such, it will be of special interest to scholars, students, researchers, policymakers, and anyone concerned with the making of American foreign policy.

THOMAS AMBROSIO is Assistant Professor of Political Science at North Dakota State University. He is the author of Irredentism: Ethnic Conflict and International Politics (Praeger, 2001).