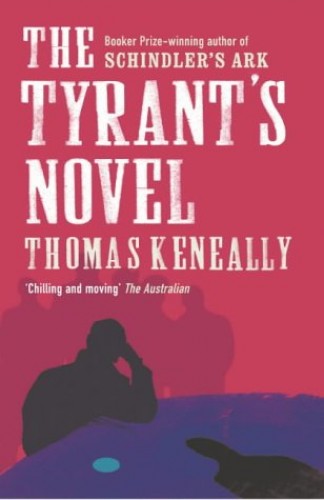 The Tyrant's Novel
by Thomas Keneally

Out of Stock
$14.49
inc. GST
An intelligent, moral take on a highly topical issue - this will take Thomas Keneally to a new level, gaining him a new generation of fans
Very Good
Only 0 left

The Tyrant's Novel by Thomas Keneally

Imagine a Middle-Eastern country that was once a friend of the West becoming an enemy, its people starving and savagely repressed by a tyrant known as Great Uncle. As a celebrated writer and war hero, the man who here relates his story has a better life than most, until he is made an offer he can't refuse.

He must write a great novel, telling of the suffering of his people under the enemy's cruel economic sanctions and portraying Great Uncle as their saviour. This masterpiece must be completed in time for its international debut in three months - or else. If the writer cannot - or will not - meet the tyrant's deadline, he and anyone he cares for will pay the ultimate price.

Stark, terrifying and utterly compelling, THE TYRANT'S NOVEL is both a gripping thriller and a chilling glimpse of a fictional world that seems all too real.

Light, relevant, snappy, well paced, subtly structured, unlaboured and interestingly shaded. It has political credentials but wears them lightly, serious characters but sketches them with humour ... And the details aren't extrapolations from current events - they are current events. Just in case you happened to have forgotten. * Jim Flint (author of HABITAS), Zembla *
Brutal, chilling and moving ... This is thrilling stuff * The Australian *
Remarkable ... Here is Keneally at his polemic best and fairest ... it rings - or tolls - like a bell. * Adelaide Advertiser *
This crisp, smart new novel - his most accomplished recent work - is particularly timely...Keneally, a consummate storyteller, particularly in recent years, has often relied on tight, suspenseful plots to articulate his concerns. That skill is fully evident in this new book. For that reason, I do not wish to spoil the pleasure many readers will experience as they follow the twists and turns of a tale told with an appealing economy * Andrew Riemer, Sydney Morning Herald *
It shows why Australia needs writers such as Keneally more than ever before. * Melbourne Age *
You won't put it down * Courier Mail *

GOR004278853
The Tyrant's Novel by Thomas Keneally
Thomas Keneally
Used - Very Good
Paperback
Hodder & Stoughton
2004-09-27
304
034082526X
9780340825266
N/A
Book picture is for illustrative purposes only, actual binding, cover or edition may vary.
This is a used book - there is no escaping the fact it has been read by someone else and it will show signs of wear and previous use. Overall we expect it to be in very good condition, but if you are not entirely satisfied please get in touch with us.