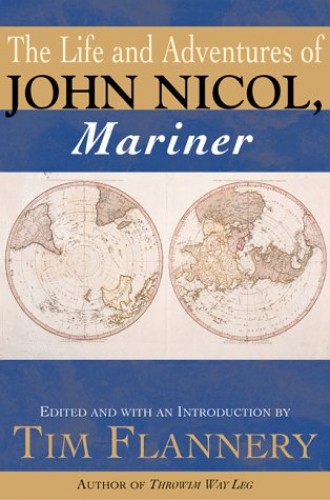 In his many voyages, the Scottish-born sailor John Nicol (1755-1825) twice circumnavigated the globe, visiting every inhabited continent while participating in many of the greatest events of exploration and adventure of the eighteenth century. During his career Nicol battled pirates, traded with Native Americans, and fought for the British navy in the American and French revolutions. In Hawaii, he was entertained by the King's court mere days after the murder of Captain James Cook. In Jamaica, he saw firsthand the horrors of the slave system and befriended slaves who invited him to join in their dance celebrations. En route to Australia, he would meet the love of his life, Sarah Whidam, a convict bound for the Botany Bay prison colony, who would bear his son before duty forced them apart forever.

An international bestseller, The Life and Adventures of John Nicol, Mariner is a rousing memoir of an ordinary man's extraordinary life, a gripping true adventure tale.