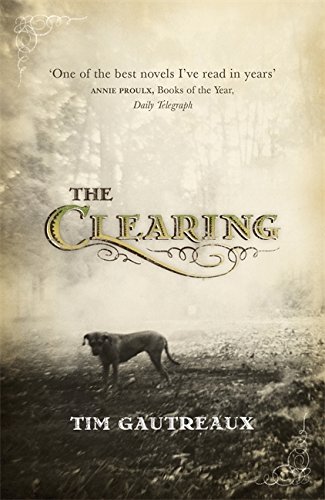 The Clearing
by Tim Gautreaux

Out of Stock
$14.99
inc. GST
The novel that launched Tim Gautreaux internationally as one of the best contemporary American novelists - a gripping tale of courage, violence and moral choices set in 1920s Louisiana.
Very Good
Only 0 left

The Clearing by Tim Gautreaux

Byron Aldridge, heir to a timber empire, returns from the First World War a changed man and finds refuge as a company policeman in a backwoods Louisiana sawmill. Soon his younger brother Randolph tracks him down, assuming charge of the mill in the hope of rescuing his former idol. But as the brothers try to understand each other and their wives contend with their own hopes and fears, it is Randolph who starts a feud with the Sicilians who control the whisky and girls, and the future grows fearsome for them all.

Born and raised in Louisiana, Tim Gautreaux lives there still with his family. His stories have been published in Harper's, the Atlantic Monthly, GQ, Zoetrope, Prize Stories: The O. Henry Awards, and Best American Short Stories, and collected in two volumes. Acclaimed as 'one of the best writers to have emerged in the 1990s' by Kirkus Reviews, his first novel, THE NEXT STEP IN THE DANCE, won the 1999 SEBA Book Award, and was followed in 2003 by the highly acclaimed THE CLEARING. In 2005, he was awarded the John Dos Passos Prize. His latest novel, THE MISSING, was published in 2009.

GOR001023931
The Clearing by Tim Gautreaux
Tim Gautreaux
Used - Very Good
Paperback
Hodder & Stoughton General Division
2004-07-15
384
0340828900
9780340828908
N/A
Book picture is for illustrative purposes only, actual binding, cover or edition may vary.
This is a used book - there is no escaping the fact it has been read by someone else and it will show signs of wear and previous use. Overall we expect it to be in very good condition, but if you are not entirely satisfied please get in touch with us.