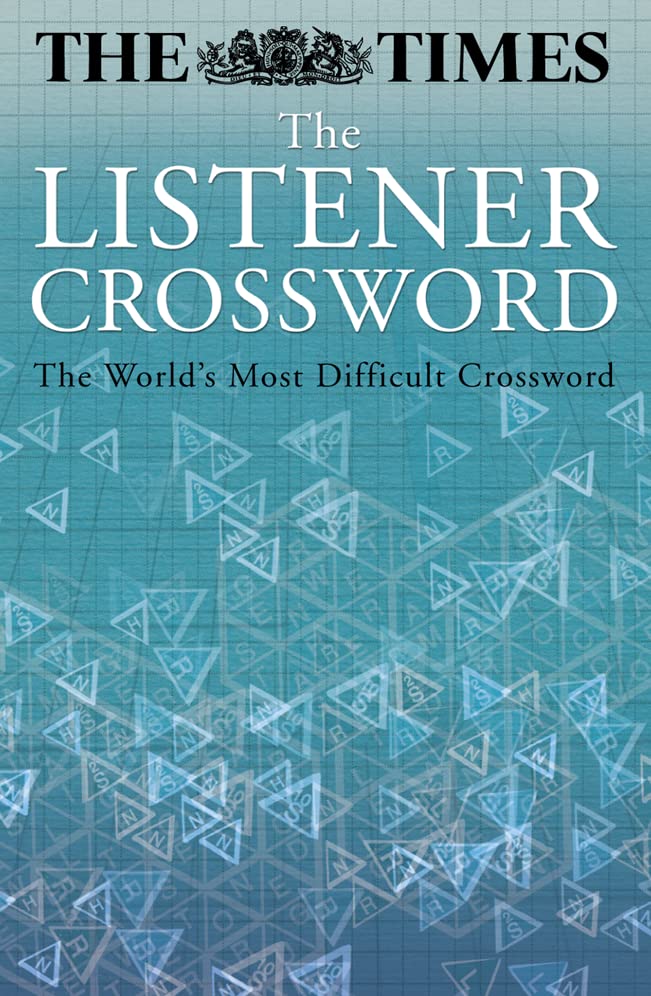 Sixty Listener Crosswords from The Times - the ultimate challenge in the crossword puzzle world.

Sixty Listener Crosswords from The Times - the ultimate challenge in the crossword puzzle world.

The Listener Crossword has appeared in The Times every Saturday since March 1991, having previously appeared in the eponymous magazine.

The crossword is recognized as being one of the most fiendish around, requiring solvers to push beyond the boundaries of conventional solving skills.

Each of the 60 examples chosen for inclusion in this volume has an added twist, be it a literary connection, deliberately misspelt definitions or a mathematical conundrum, which, through the complete solving of the crossword, lead to the actual solution.

A full solution for each puzzle is given at the back of the book, complete with notes from Mike Rich, the compiling editor, as well as successful and defeated solvers, plus details of how many entrants completed the puzzle correctly.

The Listener Crossword has a devoted following, with an average of 500 to 600 entries sent in to the compiling editor every week. It is estimated that 2500 people per year send in completed entries but this doesn't take into account the many thousands who attempt - but don't complete - the puzzle in the newspaper.

GOR001626795
The Times Listener Crossword Book 1 by
Used - Very Good
Paperback
HarperCollins Publishers
2002-12-02
192
0007146329
9780007146321
N/A
Book picture is for illustrative purposes only, actual binding, cover or edition may vary.
This is a used book - there is no escaping the fact it has been read by someone else and it will show signs of wear and previous use. Overall we expect it to be in very good condition, but if you are not entirely satisfied please get in touch with us.