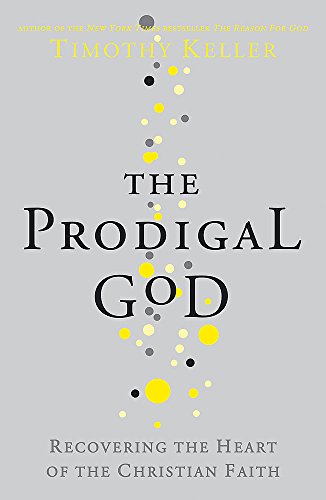 The Prodigal God
by Timothy Keller

In Stock
$18.49
inc. GST
Timothy Keller focuses on Jesus' best-known parable - the prodigal son - as a paradigm for the central messages of Christianity: grace, hope and salvation
Like New Very Good Good Well Read
Only 1 left

The Prodigal God: Recovering the heart of the Christian faith by Timothy Keller

In THE PRODIGAL GOD, New York pastor Timothy Keller uses the story of the prodigal son to shine a light on the central, beautiful message of Jesus: the gospel of grace, hope and salvation.Keller argues that the parable of the prodigal son, while Jesus' best-known parable, is also his least understood. He introduces the reader to all the characters in this timeless story, showing that it concerns not just a wayward son, but also a judgemental older brother and, most importantly, a loving father. In this challenging and inspiring book, Timothy Keller invites both faithful believers and curious outsiders to come to a new and totally life-changing understanding of the central message of the Christian faith.

Fifty years from now, if evangelical Christians are widely known for their love of cities, their commitment to mercy and justice, and their love of their neighbours, Tim Keller will be remembered as a pioneer of the new urban Christians. * Christianity Today magazine *
A fine exposition of the heart of the Christian faith...much needed at the present time * Evangelicals Now *
Another great choice for a short, punchy read... Keller shows us that the challenge in this striking parable is for the older brother too. * Together Magazine *

Timothy Keller was born in Pennsylvania and educated at Bucknell University, Gordon-Conwell Theological Seminary, and Westminster Theological Seminary. He became a Christian at university, was ordained by the Presbyterian Church in America and worked as a pastor for nine years. He was asked to start Redeemer Presbyterian Church in Manhattan in 1989, and under his leadership the church's congregation experienced unprecedented growth from 50 to 5,000 members. His target audience consists mainly of urban professionals, whom he believes exhibit disproportionate influence over the culture and its ideas. The 'Influentials' Issue of New York Magazine featured Dr. Keller as "the most successful Christian evangelist in the city by recognizing that young professionals and artists are 'disproportionately influential' in creating the country's culture and that you have to meet this coveted demographic on its own terms." Timothy Keller is renowned for his clear, reasoned approach to Christian apologetics and his book THE REASON FOR GOD: BELIEF IN AN AGE OF SCEPTICISM was named Book of the Year for 2008 by World Magazine. Timothy Keller lives in New York City with his wife Kathy and sons David, Michael and Jonathan.

GOR008458710
The Prodigal God: Recovering the heart of the Christian faith by Timothy Keller
Timothy Keller
Used - Like New
Paperback
Hodder & Stoughton General Division
2009-10-15
160
0340979984
9780340979983
N/A
Book picture is for illustrative purposes only, actual binding, cover or edition may vary.
This is a used book - there is no escaping the fact it has been read by someone else and it will show signs of wear and previous use. Overall we expect it to be in very good condition, but if you are not entirely satisfied please get in touch with us.