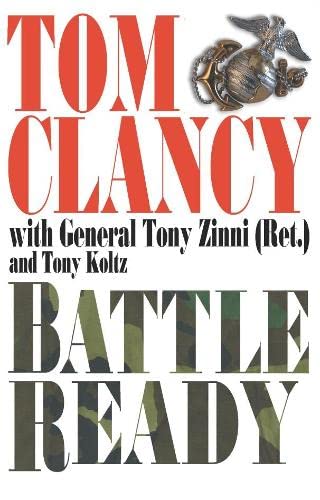 From the bestselling author of Patriot Games and Rainbow Six comes the fourth in an extraordinary series that looks deep into the art of war - and peace - through the eyes of one of America's outstanding commanders: the 'Warrior Diplomat' Marine General Tony Zinni.

'Military success, in and of itself, is never the complete answer. Success will have to be measured, not in military terms, but in political terms in what is left behind. That will be the mark of what we are - what we leave behind.' - General Tony Zinni, speech to the Middle East Institute, 10 October, 2002.

These words are more relevant today than ever, and there is no one more well placed to provide a critique of the American military than General Tony Zinni. Serving for nearly forty years, his credentials are impeccable, including leading troops in Vietnam, commanding operations in Somalia and directing strikes against Iraq and Al Qaeda as Commander in Chief of CENTCOM. As a peacemaker he conducted dangerous troubleshooting missions all over the world, serving as Secretary of State Colin Powell's special envoy to the Middle East before resigning over the 2003 Iraqi war and its probable aftermath. Battle Ready follows the fascinating evolution of the Marine Corps and General Zinni from the cauldron of Vietnam through to a post-9/11 military. This is an eye-opening book and a compelling account of both war and peace.

Tom Clancy is the author of thirteen novels, most recently The Teeth of the Tiger, and the Commanders series Into the Storm , Every Man a Tiger and Shadow Warriors. He lives in Maryland. General Tony Zinni (ret) continues to lead special missions to many nations including Turkey, Pakistan, Kenya, Russia, Yemen and the Philippinnes. He lives in Williamsburg, Virginia.

GOR001722044
Battle Ready by Tom Clancy
Tom Clancy
Used - Very Good
Paperback
Pan Macmillan
2005-05-06
528
033043585X
9780330435857
N/A
Book picture is for illustrative purposes only, actual binding, cover or edition may vary.
This is a used book - there is no escaping the fact it has been read by someone else and it will show signs of wear and previous use. Overall we expect it to be in very good condition, but if you are not entirely satisfied please get in touch with us.