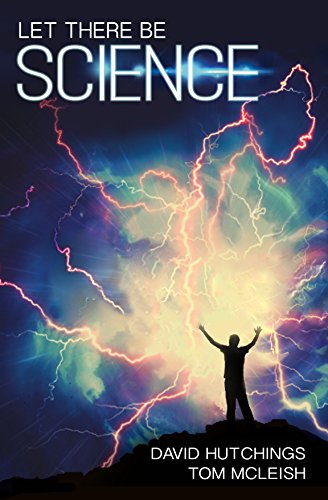 Let there be Science
by Tom McLeish

Let there be Science Summary

Let there be Science: Why God loves science, and science needs God by Tom McLeish

Why is it that science has consistently thrived wherever the Christian faith can be found? Why is it that so many great scientists - past and present - attribute their motivation and their discoveries, at least partially, to their Christian beliefs? Why are the age-old writings of the Bible so full of questions about natural phenomena? And, perhaps most importantly of all, why is all this virtually unknown to the general public? Too often, it would seem, science has been presented to the outside world as a robotic, detached, unemotional enterprise. Too often, Christianity is dismissed as being an ancient superstition. In reality, neither is the case. Science is a deeply human activity, and Christianity is deeply reasonable. Perhaps this is why, from ancient times right up to today, many individuals have been profoundly committed to both - and have helped us to understand more and more about the extraordinary world that we live in. As authors Tom McLeish and David Hutchings examine the story of science, and look at the part that Christianity has played, they uncover a powerful underlying reason for doing science in the first place. In example after example, ranging from 4000 BC to the present day, they show that thinking with a Christian worldview has been intimately involved with, and sometimes even directly responsible for, some of the biggest leaps forward ever made. Ultimately, they portray a biblical God who loves Science - and a Science that truly needs God.

Customer Reviews - Let there be Science

Let there be Science Reviews

"An immensely enjoyable and readable account of some of the big questions raised by modern science. The authors provide a wealth of detail as they open up their exciting vision of the relationship of science and Christian faith. Highly recommended." -- Alister McGrath, Andreas Idreos Professor of Science and Religion, Oxford University * Alister McGrath, Andreas Idreos Professor of Science and Religion, Oxford University. *
"At a time when one of the great fallacies of our age continues to suggest that science and theology are incompatible, Tom McLeish and David Hutchings bring a creative dialogue between the two disciplines in `Let There Be Science'. They present a compelling vision describing science as a gift from God in which science and theology interrelate and thrive in each other's company. A timely book which shows Christian apologetics and the public understanding of science at its very best." -- The Rt Revd Graham Usher, Bishop of Dudley
"God has given us the gift of science, and the gift of faith to nurture it, so that we may actively engage the world, making it a better place not only for ourselves but also for those who come after us. This is part of what it means to be human; and science, along with and supported by faith, is right at the heart of it. I commend this book to all who would like to know better how faith is fertile ground for the growth of science." -- The Archbishop of York, Dr John Sentamu
"This is a brilliant book which uses fascinating human stories to demonstrate how science and religion have belonged together in the exploration of fundamental questions about life and the nature of reality. In an easy, approachable style the authors take us into the Big Ideas of science and shine on them the enriching light of biblical wisdom. It's a thrilling journey and renews the reader's hope for a mature partnership between the great world-views of science and religion, whereby each is a gift to the other and all of us are the beneficiaries. Read, mark and enjoy." -- The Rt Rev John Pritchard, former Bishop of Oxford
"A fascinating and highly original contribution to the God and science discussion. David and Tom show that rather than science and Christianity being at war which other, there's a powerful fit between science and faith. Far from Christianity only being for Dawkins' "died in the wool faith heads", Let There Be Science lays out a myriad ways that Christianity offers rich resources for science - including the most powerful motive for doing science in the first place." -- Dr. Andy Bannister, PhD * Director, Solas Centre for Public Christianity Adjunct Speaker, Ravi Zacharias International Ministries *
"This is a book about the wonderfully human nature of science by two most wonderfully human of authors. A must read for those who fear or dismiss science and for those who make science into an idol. Here is the reality of science in all of its fun, its success, its complexity, its limitations, and its relationship to faith." -- Revd Professor David Wilkinson, Principal of St John's College and Professor in the Department of Theology and Religion, Durham University
"`Let There Be Science' provides fascinating new insights into the worlds of science and faith. Full of engaging examples , this readable book entertains, informs and challenges, breathing new life into a discussion with deep historical roots." -- Denis Alexander, Emeritus Director of The Faraday Institute for Science and Religion, St. Edmund's College, Cambridge.
"This book is a highly thought-provoking and thoughtful exploration of the relationship between science and faith. The authors' arguments are clearly and elegantly presented, and supported with fascinating examples from the history of the exploration of science. Recommended for non-scientists and scientists alike, it is a surprising and unexpected page turner." -- Angie Edwards, Director of the Arthur C. Clarke Foundation
"Whatever your personal stance on matters of religion and science it's surely encouraging to see calm and considered conversation being fostered between them. Let There Be Science makes a compelling case that the ethos of science and the insights that it brings into the workings of the natural world can have much to offer to people of faith. With passion and humility David Hutchings and Tom McLeish seek out common ground and show that, despite our differences, we are all united in our curiosity and capacity for wonder." -- Dr Marek Kukula, Public Astronomer, Royal Observatory Greenwich

Tom McLeish is Professor of Physics at Durham University and also chairs the Royal Society's education committee. He is also an Anglican lay reader and has written and spoken about issues in faith and science since he was a student. He has written Faith and Wisdom in Science (OUP 2014) and is a regular speaker at churches, universities, on media and festivals (Greenbelt 2015). David Hutchings studied Physics with Business Management at the University of York. He is a Physics teacher at Pocklington School, trains teachers with the Institute of Physics, and speaks regularly in local churches and at Christian youth projects. He lives in York with his wife Emma and their two young daughters.

GOR008681842
Let there be Science: Why God loves science, and science needs God by Tom McLeish
Tom McLeish
Used - Very Good
Paperback
Lion Hudson Plc
2017-01-20
208
0745968635
9780745968636
N/A
Book picture is for illustrative purposes only, actual binding, cover or edition may vary.
This is a used book - there is no escaping the fact it has been read by someone else and it will show signs of wear and previous use. Overall we expect it to be in very good condition, but if you are not entirely satisfied please get in touch with us.