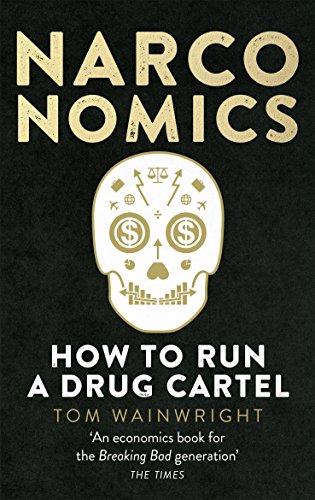 In Stock
$19,49
inc. GST
Everything drug cartels do to survive and prosper they've learnt from big business - brand value and franchising from McDonald's, supply chain management from Walmart, diversification from Coca-Cola.
Very Good
8 in stock

Narconomics: How To Run a Drug Cartel by Tom Wainwright

Everything drug cartels do to survive and prosper they've learnt from big business - brand value and franchising from McDonald's, supply chain management from Walmart, diversification from Coca-Cola. Whether it's human resourcing, R&D, corporate social responsibility, off-shoring, problems with e-commerce or troublesome changes in legislation, the drug lords face the same strategic concerns companies like Ryanair or Apple. So when the drug cartels start to think like big business, the only way to understand them is using economics. In Narconomics, Tom Wainwright meets everyone from coca farmers in secret Andean locations, deluded heads of state in presidential palaces, journalists with a price on their head, gang leaders who run their empires from dangerous prisons and teenage hitmen on city streets - all in search of the economic truth.

"An economics manual for the Breaking Bad generation... a fascinating account." * The Times *
"One of the pithiest and most persuasive arguments for drug law reform I have ever read." -- Misha Glenny * New York Times *
"A lively and engaging book." * Wall Street Journal *
"Great fun... He reveals how drug barons run their illegal multi-billion dollar global businesses in much the same way as Fortune 500 chief executives." * Sunday Times *
"Superb. One of the most original and smart takes I have read on the drugs world." -- Moises Naim, author of 'Illicit'

Tom Wainwright is the Britain editor of The Economist. Until 2013 he was the newspaper's Mexico City correspondent, covering Mexico, Central America and the Caribbean, as well as parts of South America and the United States border region. Before moving to Mexico in early 2010 he covered crime and social affairs for the Britain section of The Economist. He has a first-class degree in philosophy, politics and economics from Oxford University.

GOR008058872
Narconomics: How To Run a Drug Cartel by Tom Wainwright
Tom Wainwright
Used - Very Good
Paperback
Ebury Publishing
2017-02-09
320
1785030426
9781785030420
N/A
Book picture is for illustrative purposes only, actual binding, cover or edition may vary.
This is a used book - there is no escaping the fact it has been read by someone else and it will show signs of wear and previous use. Overall we expect it to be in very good condition, but if you are not entirely satisfied please get in touch with us.