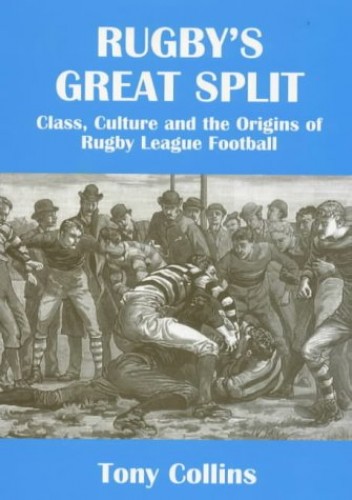 Since it's first publication, Rugby's Great Split has established itself as a classic in the field of sport history. Drawing on an unprecedented range of sources, this deeply researched and highly readable book traces the social, cultural and economic divisions that led, in 1895, to schism in the game of rugby and the creation of rugby league, the sport of England's northern working class.

Tony Collins' analysis challenges many of the conventional assumptions about this key event in rugby history - about class conflict, amateurism in sport, the North-South divide, violence on the pitch, the development of mass spectator sport and the rise of football. This new edition is expanded to cover parallel events in Australia and New Zealand, and to address the key question of rugby league's failure to establish itself in Wales.

Rugby's Great Split is a benchmark text in the history of rugby, and an absorbing case study of wider issues - issues of class, gender, regional and national identity, and the impact of the commercialization and recent professionalization of rugby league. This insightful text is for anyone interested in Britain's social history or in the emergence of modern sport, it is vital reading.

Praise for the previous edition:

'The outstanding historical work ... definitive on the 1895 schism between the two rugby codes.'- Financial Times

'This book is a landmark in the history and historiography of rugby league and of rugby in general.' - Rugby League Express

GOR002644295
Rugby's Great Split: Class, Culture and the Origins of Rugby League Football by Tony Collins (De Montfort University, UK)
Tony Collins (De Montfort University, UK)
Used - Very Good
Paperback
Taylor & Francis Ltd
1998-05-31
296
0714644242
9780714644240
N/A
Book picture is for illustrative purposes only, actual binding, cover or edition may vary.
This is a used book - there is no escaping the fact it has been read by someone else and it will show signs of wear and previous use. Overall we expect it to be in very good condition, but if you are not entirely satisfied please get in touch with us.