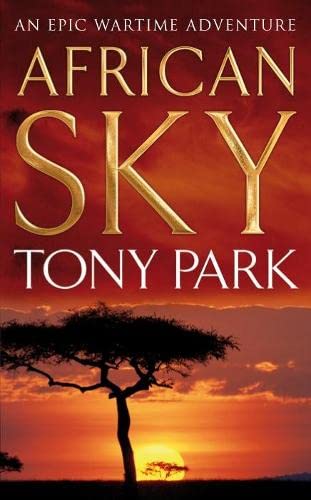 Out of Stock
$17.49
inc. GST
An African adventure set in the turbulence of the Second World War
Very Good
Only 0 left

Rhodesia, 1943. Paul Bryant hasn't been able to get back in a plane since a fatal bombing mission over Germany. So, instead, the Squadron Leader is flying a desk at a pilot training school at Kumalo Air Base. But one of his trainees has just been reported missing.

Pip Lovejoy, a volunteer policewoman, is also trying to suppress painful memories. When Felicity Langham, a high profile WAAF from the air base, is found raped and murdered, Pip and Bryant's paths cross. Suspicion immediately falls on the local black community, but Pip's investigations unearth a link between the Squadron Leader, the controversial heiress Catherine De Beers and the dead woman, which throws the case in a new, disturbing direction. What Pip thinks is a singular crime of passion soon escalates into a crisis that could change the course of the war.

Set in the vast landscape of Africa this is a spellbinding tale of love and war.

Tony Park has worked as a newspaper reporter in Australia and England, a government press secretary, a public relations consultant and served with the Australian Army in Afghanistan in 2002. He divides his time between Africa and Australia.

GOR000859293
African Sky by Tony Park
Tony Park
Used - Very Good
Paperback
Pan Macmillan
2007-02-02
512
0330448854
9780330448857
N/A
Book picture is for illustrative purposes only, actual binding, cover or edition may vary.
This is a used book - there is no escaping the fact it has been read by someone else and it will show signs of wear and previous use. Overall we expect it to be in very good condition, but if you are not entirely satisfied please get in touch with us.