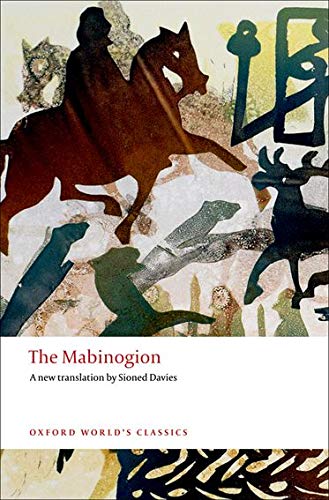 The Mabinogion
by Translated by Sioned Davies (Chair of Welsh and Head of School, Cardiff University)

Out of Stock
$20.49
inc. GST
The 11 tales of the Mabinogion combine Celtic mythology and Arthurian romance. This new translation recreates the storytelling world of medieval Wales and re-invests the tales with the power of performance.
Very Good
Only 0 left

The Mabinogion by Translated by Sioned Davies (Chair of Welsh and Head of School, Cardiff University)

'I cannot be killed indoors,' he said, 'nor out of doors; I cannot be killed on horseback, nor on foot.' 'Well,' she said, 'how can you be killed?' Celtic mythology, Arthurian romance, and an intriguing interpretation of British history - these are just some of the themes embraced by the anonymous authors of the eleven tales that make up the Welsh medieval masterpiece known as the Mabinogion. They tell of Gwydion the shape-shifter, who can create a woman out of flowers; of Math the magician whose feet must lie in the lap of a virgin; of hanging a pregnant mouse and hunting a magical boar. Dragons, witches, and giants live alongside kings and heroes, and quests of honour, revenge, and love are set against the backdrop of a country struggling to retain its independence. This new translation, the first for thirty years, recreates the storytelling world of medieval Wales and re-invests the tales with the power of performance. ABOUT THE SERIES: For over 100 years Oxford World's Classics has made available the widest range of literature from around the globe. Each affordable volume reflects Oxford's commitment to scholarship, providing the most accurate text plus a wealth of other valuable features, including expert introductions by leading authorities, helpful notes to clarify the text, up-to-date bibliographies for further study, and much more.

[This] translation into English by Professor Sioned Davies has not only enhanced public understanding of the text but has led to new perfomrances and inspired a series of modern stories. * Challenge Cardiff *

About Translated by Sioned Davies (Chair of Welsh and Head of School, Cardiff University)

Sioned Davies is Chair of Welsh at Cardiff University. Her special interest is the interplay between orality and literacy, together with the performance aspects of medieval Welsh narrative. Her publications include Crefft y Cyfarwydd (Cardiff, 1995), which is a study of narrative techniques in the Mabinogion, The Four Branches of the Mabinogi (Llandysul, 1993), and a co-edited volume, The Horse in Celtic Culture: Medieval Welsh Perspectives (Cardiff, 1997).