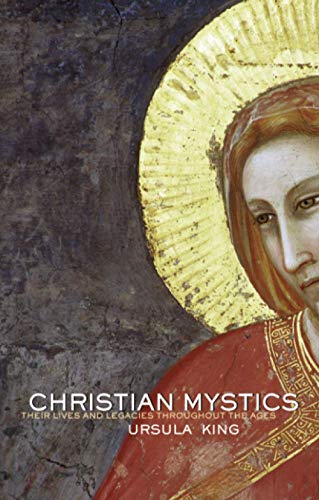 Out of Stock
$33.99
inc. GST
Moving from the early Christian age to modern times, with emphasis on the high points of mysticism in the medieval, early modern and Eastern Orthodox traditions, this title tells the story of people whose mystical devotion to God transformed the times in which they lived and still affects our present-day search for spiritual meaning.
Very Good
Only 0 left

Christian Mystics: Their Lives and Legacies Throughout the Ages by Ursula King

Ursula King's Christian Mystics tells the story of sixty men and women whose mystical devotion to God transformed the times in which they lived and still affects our present-day search for spiritual meaning. Moving from key figures of the early Christian age to the great mystics of modern times, special emphasis is given to the great high points of mysticism in the medieval, early modern and Eastern Orthodox traditions. The lives of visionaries, including Clement of Alexandria, Saint Bonaventure, Blaise Pascal and Simone Weil are studied in detail. It reveals the richly diverse expressions that mystical experience has found during two thousand years of Christian history and shows how it underpins Christian ritual and doctrine as a source of spiritual inspiration for all believers.

Beautifully illustrated and written by a prominent name in the British academic world, this significant text has received high acclaim and is the only book to feature biographies of key mystics.

'Ursula King has succeeded admirably ... with a sure grasp of the subject and a clear prose style, she takes us on a journey through the lives and works of some of the great spiritual teachers of the Church.' - Church Times

Ursula King is Professor Emertius in Theology and Religious Studies at the University of Bristol. Widely known internationally, her many publications include several books on Pierre Teilhard de Chardin and women in world religions. She now works freelance on comparative spirituality, interfaith dialogue and wider issues of religion and gender.

GOR003303637
Christian Mystics: Their Lives and Legacies Throughout the Ages by Ursula King
Ursula King
Used - Very Good
Paperback
Taylor & Francis Ltd
2003-10-01
288
0415326524
9780415326520
N/A
Book picture is for illustrative purposes only, actual binding, cover or edition may vary.
This is a used book - there is no escaping the fact it has been read by someone else and it will show signs of wear and previous use. Overall we expect it to be in very good condition, but if you are not entirely satisfied please get in touch with us.