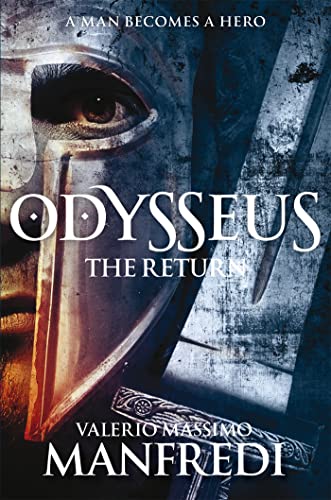 The extraordinary story of a legendary hero continues . . .

After ten years of uninterrupted war, blood and agony, the Trojans have finally been defeated. Odysseus and his men begin the epic journey of returning to Ithaca. Along the way, terrifying enemies await them: the cyclops Polyphemus, the lotus eaters who feast on narcotic flowers that give only oblivion, the sorceress who turns men into swine, and the deadly, enthralling sirens.

Odysseus is determined to make his way home to Ithaca, where his beloved family have awaited him for many long years. But his journey will present him with new, terrible perils - ones that he could not have dreamed of even in his wildest nightmares.

In Odysseus: The Return, the second in his Odysseus epic, Valerio Massimo Manfredi gives a new voice to one of the most adventurous and fascinating heroes of all time.

GOR008942988
Odysseus: The Return: Book Two by Valerio Massimo Manfredi
Valerio Massimo Manfredi
Used - Well Read
Paperback
Pan Macmillan
2015-07-02
384
1447231716
9781447231714
N/A
Book picture is for illustrative purposes only, actual binding, cover or edition may vary.
This is a used book. We do our best to provide good quality books for you to read, but there is no escaping the fact that it has been owned and read by someone else previously. Therefore it will show signs of wear and may be an ex library book.