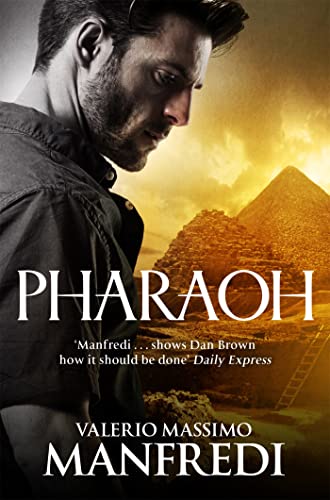 Jerusalem, 586 BC. The kingdom of Judah is on the verge of annihilation by the Babylonians. In the chaos, the prophet Jeremiah saves the sacred Ark of the Covenant and hides it in a cave. He returns terrified, having made a discovery that appears to have sent him mad.

The Middle East, early in the second millennium. Professor William Blake, renowned Egyptologist, has a surprising visit from representatives of an American mining corporation. They have discovered a strange Egyptian tomb, which risks exploding the powder keg of Middle Eastern geopolitics.

Blake finds himself facing the most mysterious case of his life. The tomb of the Pharaoh lies in the middle of the desert, miles from the Nile and the Valley of the Kings. As he starts to unravel the Pharaoh's story, a disturbing theory forms in Blake's mind as to the identity of this mysterious ruler - a theory that could destroy the balance of the modern world.

GOR009269987
Pharaoh by Valerio Massimo Manfredi
Valerio Massimo Manfredi
Used - Very Good
Paperback
Pan Macmillan
2016-07-14
368
1509801200
9781509801206
N/A
Book picture is for illustrative purposes only, actual binding, cover or edition may vary.
The book has been read but remains in clean condition. All pages are intact and the cover is intact. Some minor wear to the spine.