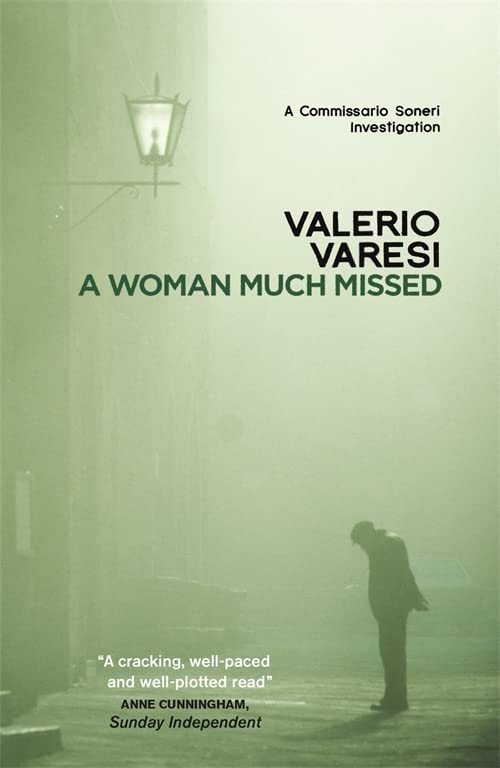 A Woman Much Missed
by Valerio Varesi

A Woman Much Missed Summary

A Woman Much Missed: A Commissario Soneri Investigation by Valerio Varesi

A few days before Christmas, with Parma gripped by frost and fog, Ghitta Tagliavini, the elderly owner of a guesthouse in the old town centre, is found murdered in her apartment.

The case is assigned to Commissario Soneri, but the investigation holds a painful, personal element that sends waves of nostalgia sweeping through him. Tagliavini's guesthouse is where Soneri met his late wife Ada, and where the young couple spent unforgettable hours in each other's company.

But the present can embitter even the sweetest memories. An old photograph of Ada with another man sends Soneri into a spiral of despondency, ever more so when he realises her death may be linked to Tagliavina's lucrative sideline as a backstreet abortionist and faith healer.

Though Soneri would like nothing more than to be allowed to drop the case, he doggedly persists, uncovering at last, along with the truth behind Tagliavini's death, rife corruption at Parma's rotten heart and a raft of ghosts from Italy's divisive past.

Translated from the Italian by Joseph Farrell

Customer Reviews - A Woman Much Missed

A Woman Much Missed Reviews

Sinisterly atmospheric, cunningly plotted . . . Shot through with lightning flashes of sardonic humour. -- Jackie McGlone * Glasgow Herald. *
Excellent . . . Compellingly reveals an authentic darkness at the heart of modern Italy. -- Ian Thomson * Spectator. *
A master storyteller. -- Barry Forshaw * Independent. *
Varesi's plotting is sound and his pacing good. Where he raises his game from the common crime ruck, however, is in his almost painterly evocation of a wretchedly dark atmosphere and character. He could be the long-lost heir to Caravaggio. -- Rosemary Goring * Glasgow Herald. *
Varesi's talent for evoking place and time draws a politically and socially engaged picture of Italy's past. * C.W.A. Judges' Comments. *

Valerio Varesi has been the Parma correspondent for La Stampa and La Repubblica. River of Shadows was the first of a series of thrillers featuring Commissario Soneri, now the central figure of one of Italy's most popular television dramas. It was followed in English translation by The Dark Valley, Gold Frankincense and Dust and A Woman Much Missed.

GOR008225036
A Woman Much Missed: A Commissario Soneri Investigation by Valerio Varesi
Valerio Varesi
Used - Very Good
Paperback
Quercus Publishing
2017-02-09
288
1848666888
9781848666887
N/A
Book picture is for illustrative purposes only, actual binding, cover or edition may vary.
This is a used book - there is no escaping the fact it has been read by someone else and it will show signs of wear and previous use. Overall we expect it to be in very good condition, but if you are not entirely satisfied please get in touch with us.