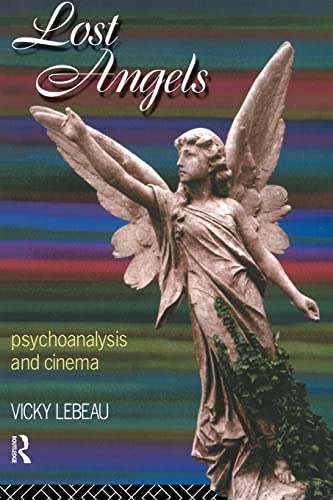 Used Price
$19.99
inc. GST
Free Shipping in Australia
With readings of key 'youth' films of the 1980s, this book expands the psychoanalytic framework within which current debates regarding fantasy and spectatorship have been taking place.
Reviews:
Trustpilot
Very Good

Re-reading Freud's writing on femininity, fantasy and social identification, Lost Angels expands the psychoanalytic framework within which contemporary debates regarding fantasy and spectatorship have been taking place.

Vicky Lebeau takes Freud's preoccupation with femininity and feminine fantasy as her starting point and goes on to explore his differentiation between masculine and feminine forms of fantasy through feminist and critical theories of spectatorship and cinema.

Investigating how psychoanalysis explains fantasy as a form of preoccupation which cuts across both 'private' and 'public' forms of fantasy, Lebeau links discussion of the female spectator with the so-called 'malaise' of today's mass culture through her close readings of three key 'youth' films of the 1980's - John Hughes' Ferris Bueller's Day Off, Francis Coppola's Rumble Fish and Tim Hunter's River's Edge.

Lost Angels is a ground-breading addition to current feminist film theory and essential reading for all students of film.

Vicky Lebeau has published widely in the fields of psychoanalysis and visual culture. She has particular interests in the topics of sexuality, fantasy and representation. In psychoanalysis, she has particular interests in Freud, Winnicott, Andre Green, Jean Laplanche, Serge Leclaire, Michael Eigen, Joyce McDougall and Christopher Bollas; interests in 19th and 20th century writers and film-makers include George Eliot, Doris Lessing, Elfriede Jelinek, Michael Haneke.

GOR004773055
Lost Angels: Psychoanalysis and Cinema by Vicky Lebeau
Vicky Lebeau
Used - Very Good
Paperback
Taylor & Francis Ltd
1994-11-24
180
0415107210
9780415107211
N/A
Book picture is for illustrative purposes only, actual binding, cover or edition may vary.
This is a used book - there is no escaping the fact it has been read by someone else and it will show signs of wear and previous use. Overall we expect it to be in very good condition, but if you are not entirely satisfied please get in touch with us.