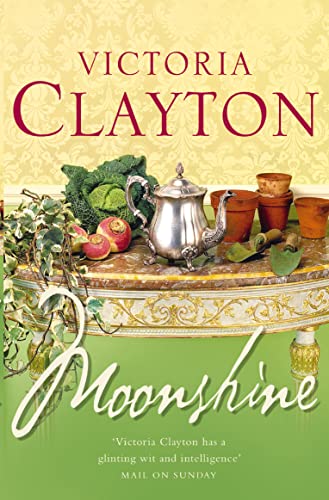 A witty, charming romantic comedy from the author of Clouds Among the Stars.

A witty, charming romantic comedy from the author of Clouds Among the Stars.

Roberta is appalled to have to abandon her perfect life in London to return to the family home and look after her mother, who has taken breaking her hip as a sign to stay in bed all day reading romance novels. Her involvement with a married polititian may have been a direct consequence of this.

When the inevitable scandal breaks, Roberta flees - and accepts a job as housekeeper to an eccentric family, and is summoned to their family home - an enormous castle in the Irish countryside.

Arriving in Ireland, Roberta takes a hair-raising pony and trap ride in the driving rain to reach her destination: Curraghcourt. It is a grand and imposing castle, although it has fallen into a state of bad disrepair. And when she meets the family, Roberta begins to understand why.

The owner's wife, Violet, is lying in her room in a coma. His charming but vague sister is addicted to poetry; and his mistress Sissy has a private line to the fairies. Completing the family unit are three dysfunctional children.

The novel follows Roberta's efforts to restore Curraghcourt and reform the wayward family. She quickly finds redeeming qualities in even the most infuriating characters and falls in love with the melancholy madness of the household. The wonderful cast of characters includes eccentric friends, the fiery yet sentimental neighbours, assorted hangers-on and admirers.

Praise for Victoria Clayton and her novels:

'A sharp-eyed social comedy to curl up with.' Woman and Home

'Victoria Clayton is unafraid to take a story by the scruff of the neck.' Independent

'Victoria Clayton has a glinting wit and intelligence.' Mail on Sunday

'Delightful humour which overlays a beady observation and perception.' Mail on Sunday

'The charm and vivacity with which the author presents her scenario and the precision with which she describes character and setting make this a very enjoyable read. Social comedy is a difficult thing to do, but Clayton shows herself an adept practitioner.' Times

Victoria Clayton is married and lives in Northamptonshire. She is the author of many previous novels, including Clouds Among the Stars for HarperCollins.

GOR007347637
Moonshine by Victoria Clayton
Victoria Clayton
Used - Good
Paperback
HarperCollins Publishers
2009-08-01
704
0007336624
9780007336623
N/A
Book picture is for illustrative purposes only, actual binding, cover or edition may vary.
The book has been read but remains in clean condition. All pages are intact and the cover is intact. Some minor wear to the spine.