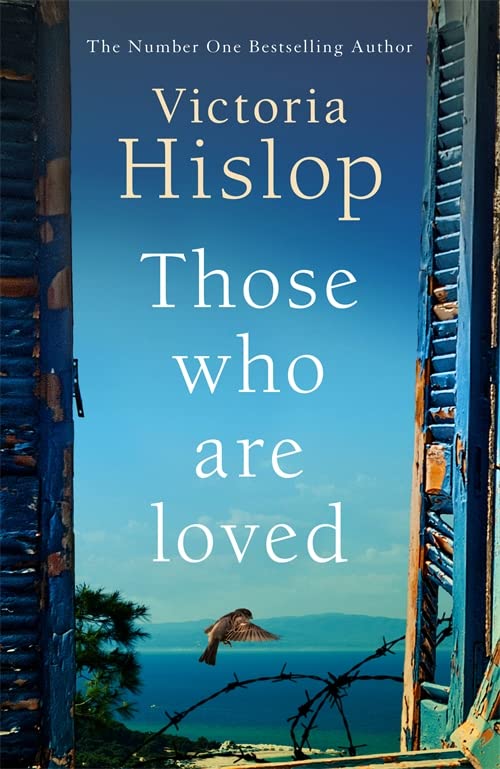 Those Who Are Loved
by Victoria Hislop

In Stock
$30.99
inc. GST
The captivating new novel from the multi-million-copy bestselling author of The Island and Cartes Postales from Greece, Victoria Hislop.
Like New Very Good Good
Only 1 left

Those Who Are Loved Summary

Those Who Are Loved: The compelling Number One Sunday Times bestseller, 'A Must Read' by Victoria Hislop

'Victoria Hislop's view of history in her novels is, like the writer herself, a compassionate and generous one' Scotsman

The gripping new novel by Sunday Times Number One bestseller Victoria Hislop is set against the backdrop of the German occupation of Greece, the subsequent civil war and a military dictatorship, all of which left deep scars.

Athens 1941. After decades of political uncertainty, Greece is polarised between Right- and Left-wing views when the Germans invade.
Fifteen-year-old Themis comes from a family divided by these political differences. The Nazi occupation deepens the fault-lines between those she loves just as it reduces Greece to destitution. She watches friends die in the ensuing famine and is moved to commit acts of resistance.

In the civil war that follows the end of the occupation, Themis joins the Communist army, where she experiences the extremes of love and hatred and the paradoxes presented by a war in which Greek fights Greek.

Eventually imprisoned on the infamous islands of exile, Makronisos and then Trikeri, Themis encounters another prisoner whose life will entwine with her own in ways neither can foresee. And finds she must weigh her principles against her desire to escape and live.

As she looks back on her life, Themis realises how tightly the personal and political can become entangled. While some wounds heal, others deepen.

This powerful new novel from Number One bestseller Victoria Hislop sheds light on the complexity and trauma of Greece's past and weaves it into the epic tale of an ordinary woman compelled to live an extraordinary life.

Victoria Hislop. Discover for yourself why 10 million readers worldwide love her books.

'Fascinating and moving . . . Hislop writes unforgettably about Cyprus and its people' The Times on The Sunrise

'Sweeping, magnificently detailed and ambitious' The Sunday Times on The Thread

Those Who Are Loved Reviews

'Nobody writes about Greece quite like Victoria Hislop' * Red magazine *
'She brings Greek history to compelling life.....there is deep historical research here, but it never bogs down her story' * The Sunday Times *
'A beautifully woven love story and a spellbinding, heart-breaking depiction of a country torn apart by hatred' * Daily Express *
'Hislop has done her research and handles the great sweep of complex Greek history with skill and confidence. She makes a touching family story out of violent and divisive times and her fans will lap this up' * Daily Mail *
'An eye-opening and moving read' * The Mirror *
'A moving read that sweeps you through time' * S Mag *
'A glorious Greek setting and rich historical detail form the backdrop of this captivating and poignant story' * Woman & Home *

Inspired by a visit to Spinalonga, the abandoned Greek leprosy colony, Victoria Hislop wrote The Island in 2005. It became an international bestseller and a 26-part Greek TV series. She was named Newcomer of the Year at the British Book Awards and is now an ambassador for Lepra. Her affection for the Mediterranean then took her to Spain, and in the number one bestseller The Return she wrote about the painful secrets of its civil war. In The Thread, Victoria returned to Greece to tell the turbulent tale of Thessaloniki and its people across the twentieth century. Shortlisted for a British Book Award, it confirmed her reputation as an inspirational storyteller. Her fourth novel, The Sunrise, about the Turkish invasion of Cyprus and the enduring ghost town of Famagusta, was a Sunday Times number one bestseller. Cartes Postales from Greece, fiction illustrated with photographs, was a Sunday Times bestseller in hardback and one of the biggest selling books of 2016. Victoria's most recent novel, the poignant and powerful Those Who Are Loved, was a Sunday Times number one hardback bestseller in 2019 and explores a tempestuous period of modern Greek history through the eyes of a complex and compelling heroine. Her books have been translated into more than thirty-five languages. Victoria divides her time between England and Greece.

GOR009851600
Those Who Are Loved: The compelling Number One Sunday Times bestseller, 'A Must Read' by Victoria Hislop
Victoria Hislop
Used - Like New
Hardback
Headline Publishing Group
2019-05-28
496
1472223241
9781472223241
N/A
Book picture is for illustrative purposes only, actual binding, cover or edition may vary.
The book has been read, but looks new. The book cover has no visible wear, and the dust jacket is included if applicable. No missing or damaged pages, no tears, possible very minimal creasing, no underlining or highlighting of text, and no writing in the margins.