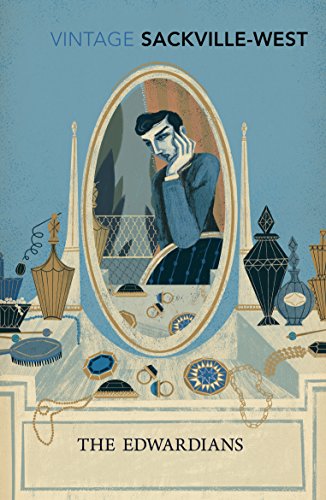 The Edwardians
by Vita Sackville-West

Used Price
$19.99
inc. GST
Free Shipping in Australia
Edwardian era love, society and politics explored in this perfect read for Downton Abbey fans. He is a fixed feature in the eternal round of lavish parties, intrigues and traditions at the cold, decadent heart of Edwardian high society. Everyone knows the role he must play, but Sebastian isn't sure he wants the part.
Reviews:
Trustpilot
Very Good Good

The Edwardians by Vita Sackville-West

Edwardian era love, society and politics explored in this perfect read for Downton Abbey fans. Sebastian is young, handsome and romantic, the heir to a vast and beautiful English country estate. He is a fixed feature in the eternal round of lavish parties, intrigues and traditions at the cold, decadent heart of Edwardian high society. Everyone knows the role he must play, but Sebastian isn't sure he wants the part. Position, privilege and wealth are his, if he can resist the lure of a brave new world. WITH AN INTRODUCTION BY KATE WILLIAMS

"As opulent and ambiguous as the author herself" -- Victoria Glendinning
"Sackville-West wrote without fuss or anxiety. Her fluency could be relied on to provide imaginative security, and she wanted readers - of The Edwardians, Family History, All Passion Spent - to feel that too" * Guardian *
"A close-up portrait of the excessive lifestyle of the aristocracy in a country estate... living out the tension between playing your given part in society - staying true to the rules and culture you were born into - and becoming an independent person, a tension that also defines "Downton Abbey," both upstairs and down." * Boston Globe *
"Exposes the shallowness of the elite in society at the beginning of the twentieth century... I found this novel a real pleasure to read... Sackville-West describes some of the monstrous characters with great humour... The tone is witty and perceptive and it is obvious she has a deep insider knowledge of the life she is criticizing... The Edwardians was apparently an instant success on publication and I think today it would certainly appeal to fans of Downton Abbey or books like The Forsyte Saga. Book groups would find plenty to discuss about both the social history and the outrageous characters in the novel." -- Gwenda Major * Nudge *

Victoria Mary Sackville-West, known as Vita, was born in 1892 at Knole in Kent, the only child of aristocratic parents. In 1913 she married diplomat Harold Nicolson, with whom she had two sons and travelled extensively before settling at Kent's Sissinghurst Castle in 1930, where she devoted much of her time to creating its now world famous garden. Throughout her life Sackville-West had a number of other relationships with both men and women, and her unconventional marriage would later become the subject of a biography written by her son Nigel Nicolson. Though she produced a substantial body of work, amongst which are writings on travel and gardening, Sackville-West is best known for her novels The Edwardians (1930) and All Passion Spent (1931), and for the pastoral poem The Land (1926), which was awarded the prestigious Hawthornden Prize. Sackville-West died on 2 June 1962 at her Sissinghurst home, aged 70.

GOR007588239
The Edwardians by Vita Sackville-West
Vita Sackville-West
Used - Very Good
Paperback
Vintage Publishing
2016-03-24
288
1784870544
9781784870546
N/A
Book picture is for illustrative purposes only, actual binding, cover or edition may vary.
This is a used book - there is no escaping the fact it has been read by someone else and it will show signs of wear and previous use. Overall we expect it to be in very good condition, but if you are not entirely satisfied please get in touch with us.