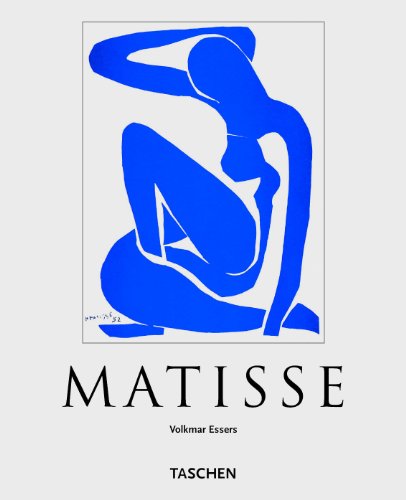 A color harmony that is analogous to a musical composition Henri Matisse (1869-1954) is known not only as one of the most important French painters of the 20th century but also as co-founder and leading exponent of Fauvism. His work reflects an ongoing quest for the expressive power of pure, brilliant colors and simple forms; as a result, the realistic presentation of nature often retires to a secondary position.

For Matisse, color did not serve as a tool for the expression of subjective feelings, but rather became the equivalent of light itself: it functioned as a pure medium in the creation of an autonomous pictorial space: "Out of my fruitful work with discovered tones there must emerge a vital color harmony, a harmony that is analogous to a musical composition."

As a creative artist, Matisse was not only a painter, but also experimented with other materials: he produced glass windows and theatre designs and created significant sculptures in bronze, ceramic and clay. In old age, confined to a wheelchair, he created collages with coloured paper, glue, and scissors: his famed gouache cut-outs. About the Series:
Each book in TASCHEN's Basic Art series features:

Volkmar Essers, born in 1944, studied art history, archaeology, and German in Bonn, Munich and Berlin. In 1972 he earned his doctorate with a work on the sculptor Johann Friedrich Drake. For many years, he has been the curator for the Art Collection of North Rhine-Westphalia, where he organized exhibitions of Paul Klee, Pablo Picasso, Max Ernst, Jackson Pollock and other artists. Essers has also published numerous essays and books on art of the 19th and 20th centuries.

GOR001245443
Matisse by Volkmar Essers
Volkmar Essers
Used - Very Good
Hardback
Taschen GmbH
2000-05-26
382285977X
9783822859773
N/A
Book picture is for illustrative purposes only, actual binding, cover or edition may vary.
This is a used book - there is no escaping the fact it has been read by someone else and it will show signs of wear and previous use. Overall we expect it to be in very good condition, but if you are not entirely satisfied please get in touch with us.