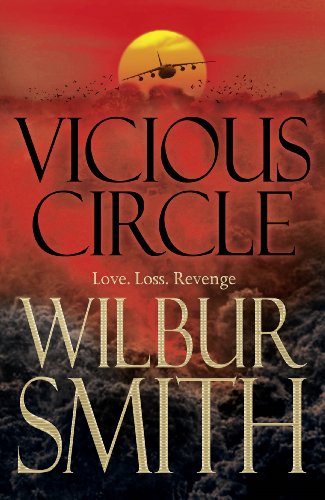 Hero Hector Cross returns in Wilbur Smith's Vicious Circle, the follow-up to the sensational action thriller, Those in Peril.

When Hector Cross's life is overturned, he immediately recognizes the ruthless hand of an enemy he has faced many times before. A terrorist group has re-emerged - like a deadly scorpion from beneath its rock.

Determined to fight back, Hector draws together a team of his most loyal friends from his former life in Cross Bow Security, a company originally contracted to protect his beloved wife, Hazel Bannock, and her company, the Bannock Oil Corp. Together, they travel to the remotest parts of the Middle East, to hunt down those who pursue him and his loved ones.

For Hazel and Hector have a child, a precious daughter, who he will go to the ends of the earth to protect. And brutal figures from the Bannock family's past - thought long-gone - are returning, with an agenda so sinister that Hector realizes he is facing a new breed of enemy. One whose shifting attack and dark secrets take Hector to the heart of Africa and to a series of crimes so shocking they demand revenge.

Wilbur Smith was born in Central Africa in 1933. He was educated at Michaelhouse and Rhodes University. He became a full-time writer in 1964 after the successful publication of When the Lion Feeds, and has since written over thirty novels, all meticulously researched on his numerous expeditions worldwide. His other titles include the successful The Courtneys and The Ballantynes series, and Those in Peril, which also features security operative Hector Cross. His books are now translated into twenty-six languages.

GOR005743069
Vicious Circle by Wilbur Smith
Wilbur Smith
Hector Cross
Used - Very Good
Paperback
Pan Macmillan
2014-05-08
448
0230757634
9780230757639
N/A
Book picture is for illustrative purposes only, actual binding, cover or edition may vary.
This is a used book - there is no escaping the fact it has been read by someone else and it will show signs of wear and previous use. Overall we expect it to be in very good condition, but if you are not entirely satisfied please get in touch with us.