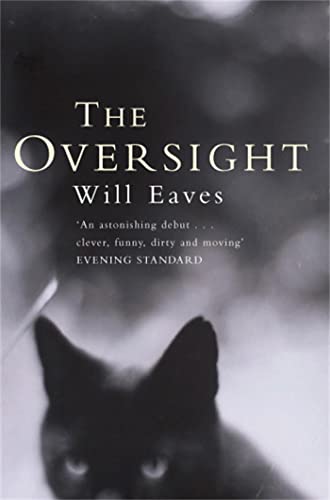 The Oversight
by Will Eaves

In Stock
$14.49
+10% GST
A flawless fictional debut from a great young writer, shortlisted for the Whitbread First Novel Award.
Very Good
Only 2 left

The Oversight by Will Eaves

In 1983, an ordinary teenager called Daniel Rathbone fell in love, spurned a friend, and stumbled on the ability to see in the dark. On his twenty-fifth birthday, Daniel is bequeathed a second no less unusual gift - a Victorian writing box, the legacy of his father and the repository of his youthful secrets, and of his current feelings of guilt.When a visit from the once-spurned friend, Carey Schumacher, coincides with the death of a contemporary, Daniel's peculiar endowments are enlisted to make lasting sense of lost time and place.

From Bath to Brixton, from the 1960s to the 90s, The Oversight follows a trail of thwarted and victorious affections. It is an intently comic tale of vision and delusion; of family, friendship and desertion; and of the divisively cruel need to belong. A multi-layered debut of distinction.

'Remarkable... I was so absorbed in the novel, so admiring of its cleverness and poise... a moving , frequently funny and impressive debut' Sunday Times

'Eaves hasn't created a hero who can leap tall buildings, he's created something rarer still: a vivid portrait of a man getting to grips with adulthood' The Face

`An insightful exploration of memory, death and parenthood . . . a consistently fine use of language and an acute sensitivity to how the emotional contours of a family flex and are disrupted by events . . . [Eaves] has written that most honest of books: a coming-of-age novel the central perception of which is that one never really does' Economist
`Eaves simply does not put a foot wrong. His astonishing debut is clever, funny, dirty and moving. First novels don't come much better than this' Evening Standard
`The novel captures perfectly the cusp of maturity at which self-consciousness becomes self-awareness . . . [Eaves'] warm appraisal of fallibility, motive and mishap make for a promising debut' Guardian
`This quirky, touching novel marks an accomplished debut from Will Eaves. It's a complex narrative which deals with questions of parenthood, friendship, and love written with a light, assured touch . . . packed with incident and observation . . . a well-written story which lingers in the mind' Herald
`Comically perceptive at times, particularly in its evocation of daft adolescence, The Oversight is, in the main, a mystery about a dark family secret . . . Eaves patiently weaves several strands of narrative into a cohesive whole . . . well-paced and well-plotted' Independent on Sunday
`In well-weighted and meticulous prose, Eaves finds the right voice for each scene, whether frivolous or full of trepidation, with each mini-denouement delivering healthy doses of wisdom and wit. A fine novel' New Statesman
`Subtle, wondrous . . . intelligence and taste . . . gems of dry humour . . . a varied and accomplished first novel' Scotland on Sunday
`Remarkable . . . I was so absorbed in the novel, so admiring of its cleverness and poise . . . a moving, frequently funny and impressive debut' Sunday Times
`Eaves hasn't created a hero who can leap tall buildings, he's created something rarer still: a vivid portrait of a man getting to grips with adulthood' The Face
`This debut by Will Eaves feels like a patch of smooth baby skin among an increasingly irritating rash of twentysomething first novels. Mature, well-paced and complicated but never showy, it is a family saga with more twists than the ribbons on a maypole . . . Eaves is a fine writer' The Times
`Will Eaves has written a wonderfully crafted, carefully humorous and capacious first novel . . . his prose is elegant and accurate . . . The Oversight has an intellectual subtlety and a stylish lyricism that are very fine indeed' Times Literary Supplement

Will Eaves was born in Bath in 1967. He is the author of two other novels, The Oversight (2001) and Nothing To Be Afraid Of (2005), and a collection of poems, Sound Houses (2011). For many years he was the arts editor of the Times Literary Supplement. He now teaches at the University of Warwick.

GOR002617330
The Oversight by Will Eaves
Will Eaves
Used - Very Good
Paperback
Pan Macmillan
2002-03-08
288
0330481401
9780330481403
Short-listed for Whitbread First Novel Award 2002 (UK)
Book picture is for illustrative purposes only, actual binding, cover or edition may vary.
This is a used book - there is no escaping the fact it has been read by someone else and it will show signs of wear and previous use. Overall we expect it to be in very good condition, but if you are not entirely satisfied please get in touch with us.