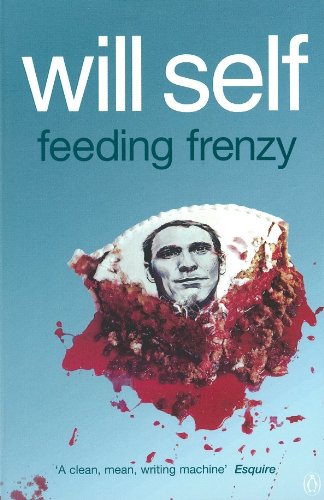 Feeding Frenzy
by Will Self

In Stock
$11.49
+10% GST
During the turbulent years of 1995-2000, the author surfed the great wave of olive oil which nearly swept British metropolitan culture away, and produced a series of restaurant reviews for "The Observer", whose coruscating criticality led to a cabal of restaurateurs plotting his contract killing.
Very Good
Only 4 left

Feeding Frenzy by Will Self

'Self often writes non-fiction as though it were fiction, topping off what we know as reality with the cream of his surreality' Guardian

During the turbulent years of 1995-2000, Will Self surfed the great wave of olive oil which nearly swept British metropolitan culture away, and produced a series of restaurant reviews for The Observer, whose coruscating criticality led to a cabal of restaurateurs plotting his contract killing. In essays to accompany the work of admired artists such as Marc Quinn, feature articles on rock music and remote places, reviews of cultural phenomena as diverse as voyeuristic television and the Queen Mother, Will Self has produced what can only be described as a cachinnating cacophony of wilful provocation.

From the Booker-shortlisted author of Umbrella, this virtuoso collection, which also includes interviews and musings on Salman Rushdie, Hunter S. Thompson as well as a quasi-autobiography of the author's relationship with London, will be adored by fans of Will Self's fiction and nonfiction.

GOR001628445
Feeding Frenzy by Will Self
Will Self
Used - Very Good
Paperback
Penguin Books Ltd
2002-09-26
400
0140290559
9780140290554
N/A
Book picture is for illustrative purposes only, actual binding, cover or edition may vary.
This is a used book - there is no escaping the fact it has been read by someone else and it will show signs of wear and previous use. Overall we expect it to be in very good condition, but if you are not entirely satisfied please get in touch with us.