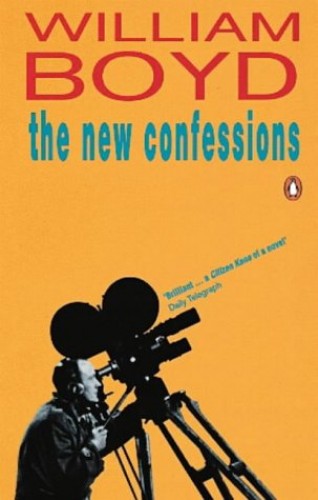 The New Confessions
by William Boyd

In Stock
$15.49
inc. GST
An autobiography of John James Todd, a Scotsman born in 1899 and one of the great self-appointed (and failed) geniuses of the twentieth century.
Very Good Good Well Read
10 in stock

The New Confessions by William Boyd

The New Confessions is the outrageous, extraordinary, hilarious and heartbreaking autobiography of John James Todd, a Scotsman born in 1899 and one of the great self-appointed (and failed) geniuses of the twentieth century.

`An often magnificent feat of story-telling and panoramic reconstruction ... John James Todd's reminiscences carry us through the ups and downs of a long and lively career that begins in genteel Edinburgh, devastatingly detours out to the Western Front, forks off, after a period of cosy family life in London, to the electric excitements of the Berlin film-world of the Twenties, then moves on to Hollywood ... to ordeal by McCarthyism and eventual escape to Europe' Peter Kemp, Observer.

William Boyd was born in 1952 in Accra, Ghana and grew up there and in Nigeria. His first novel, A Good Man in Africa (1981), won the Whitbread First Novel Award and the Somerset Maugham Prize. His other novels include An Ice Cream War (1982, shortlisted for the 1982 Booker Prize and winner of the John Llewellyn Rhys Prize), Stars and Bars (1984), The New Confessions (1987), Brazzaville Beach (1990, winner of the McVitie Prize and the James Tait Black Memorial Prize), The Blue Afternoon (1993, winner of the 1993 Sunday Express Book of the Year Award), Armadillo (1998), Any Human Heart (2002, winner of the Prix Jean Monnet) and Restless (2006, winner of the Costa Novel of the Year Award). His latest novel is Sweet Caress (2015). Some seventeen of his screenplays have been filmed, including The Trench (1999), which he also directed, and he is also the author of four collections of short stories: On the Yankee Station (1981), The Destiny of Nathalie 'X' (1995), Fascination (2004) and The Dream Lover (2008). He is married and divides his time between London and South West France.

GOR000467515
The New Confessions by William Boyd
William Boyd
Used - Very Good
Paperback
Penguin Books Ltd
1988-10-03
592
0140106995
9780140106992
N/A
Book picture is for illustrative purposes only, actual binding, cover or edition may vary.
This is a used book - there is no escaping the fact it has been read by someone else and it will show signs of wear and previous use. Overall we expect it to be in very good condition, but if you are not entirely satisfied please get in touch with us.