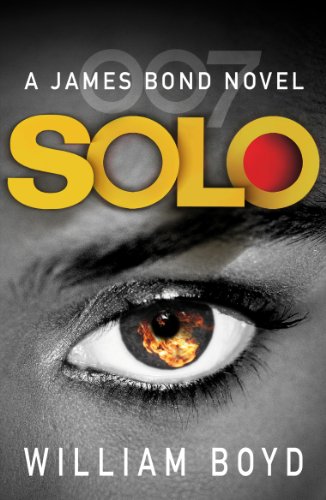 Used Price
$16.49
inc. GST
Free Shipping in Australia
*The Sunday Times Bestseller* It is 1969 and James Bond is about to go solo, recklessly motivated by revenge. Aided by a beautiful accomplice and hindered by the local militia, he undergoes a scarring experience which compels him to ignore M's orders in pursuit of his own brand of justice.
Reviews:
Trustpilot
Very Good Well Read

*The Sunday Times Bestseller* It is 1969 and James Bond is about to go solo, recklessly motivated by revenge. A seasoned veteran of the service, 007 is sent to single-handedly stop a civil war in the small West African nation of Zanzarim. Aided by a beautiful accomplice and hindered by the local militia, he undergoes a scarring experience which compels him to ignore M's orders in pursuit of his own brand of justice. Bond's renegade action leads him to Washington, D.C., where he discovers a web of intrigue and witnesses fresh horrors. Even if Bond succeeds in exacting his revenge, a man with two faces will come to stalk his every waking moment.

"This is well-plotted, exciting stuff and Boyd has a great sense of time and place. His boozy, maturer, more fallible Bond is totally believable. Mission accomplished, Mr Boyd." -- Natasha Harding * Sun *
"Boyd was a smart choice for a Bond thriller. The action clips along. There are welcome literary flourishes and a dense plot." -- Richard Fitzpatrick * Irish Examiner *
"Written with aplomb, Boyd's Bond novel is a terrific twisting thriller." * Sunday Times *
"Anyone wishing this autumn to enjoy the Cold War with the assurance of a happy ending should seek out William Boyd's new James Bond novel, Solo, in which 007 is dispatched to West Africa and the fictitious country of Zanzarim, where he finds himself in the midst of a civil war." -- Stephen McGinty * Scotsman *
"A fantastic read, which I ripped through in the time it would take to watch Skyfall, as it happens, and I found it significantly more enjoyable." * The Times *

William Boyd is the author of one work of non-fiction, three collections of short stories and thirteen novels, including the bestselling historical spy thriller Restless - winner of the Costa Novel of the Year - and Any Human Heart, in which the character of Ian Fleming features. Among his other awards are the Whitbread First Novel Prize, the John Llewellyn Rhys Prize, the James Tait Black Memorial Prize and the Prix Jean Monnet. He is a Fellow of the Royal Society of Literature and an Officier de l'Ordre des Arts et des Lettres. In 2005, he was awarded the CBE. Born in Ghana in 1952, William Boyd spent much of his early life in West Africa. He now divides his time between the south-west of France and Chelsea, where he lives a stone's throw from James Bond's London address.

GOR005643768
Solo: A James Bond Novel by William Boyd
William Boyd
Used - Very Good
Paperback
Vintage Publishing
2014-05-01
352
0099578972
9780099578970
Short-listed for Specsavers Popular Fiction Book of the Year 2013 (UK)
Book picture is for illustrative purposes only, actual binding, cover or edition may vary.
This is a used book - there is no escaping the fact it has been read by someone else and it will show signs of wear and previous use. Overall we expect it to be in very good condition, but if you are not entirely satisfied please get in touch with us.