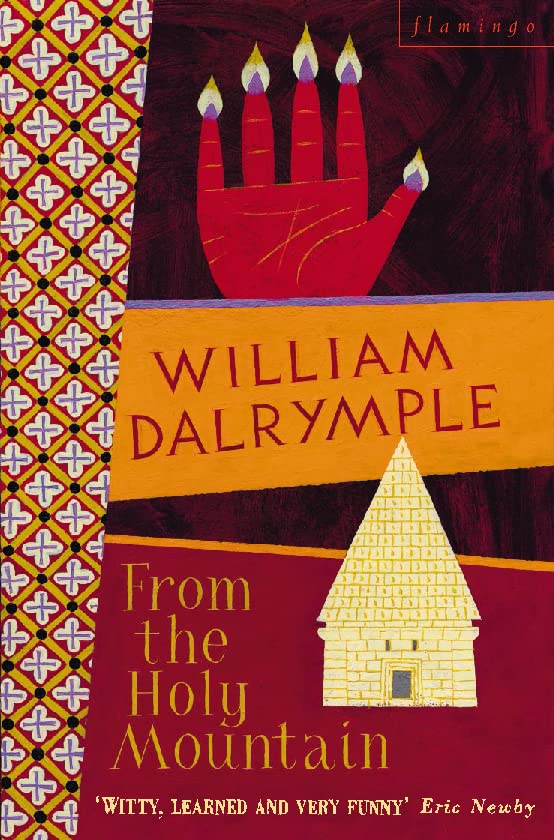 From the Holy Mountain
by William Dalrymple

A rich blend of history and spirituality, adventure and politics, laced with the thread of black comedy familiar to readers of William Dalrymple's previous work.

From the Holy Mountain Summary

From the Holy Mountain: A Journey In The Shadow of Byzantium by William Dalrymple

A rich blend of history and spirituality, adventure and politics, laced with the thread of black comedy familiar to readers of William Dalrymple's previous work.

In AD 587, two monks, John Moschos and Sophronius the Sophist, embarked on an extraordinary journey across the Byzantine world, from the shores of the Bosphorus to the sand dunes of Egypt. Their aim: to collect the wisdom of the sages and mystics of the Byzantine East before their fragile world shattered under the eruption of Islam. Almost 1500 years later, using the writings of John Moschos as his guide, William Dalrymple set off to retrace their footsteps.

Taking in a civil war in Turkey, the ruins of Beirut, the tensions of the West Bank and a fundamentalist uprising in Egypt, William Dalrymple's account is a stirring elegy to the dying civilisation of Eastern Christianity.

From the Holy Mountain Reviews

`Everything a really good travel book should be: witty, learned and also very funny.' Eric Newby

`Any travel writer who is so good at his job as to be brilliant, applauded, loved and needed has to have an unusual list of qualities, and William Dalrymple has them all in aces. Dalrymple's ear for conversation is as good as Alan Bennett's. The best and most unexpected book I have read since I forget when.' Peter Levi

`A rich stew of history and travel narrative spiced with anecdote, opinion and bon mots...The future of travel literature lies in the hands of gifted authors like Dalrymple who shine their torches into the shadowy hinterland of the human story - the most foreign territory of all.' Independent

`Dalrymple stands out as one of our most talented travel writers. Energetic, thoughtful, curious and courageous.' Sunday Times

William Dalrymple's first book, `In Xanadu', won the Yorkshire Post Best First Work Award. His second, `City of Djinns', won the Thomas Cook Travel Book Award and the Sunday Times Young British Writer of the Year Award. His third, `From the Holy Mountain', was awarded the Scottish Arts Council Autumn Book Award and shortlisted for the Duff Cooper Prize and the Thomas Cook Travel Book Award. He has also published a collection of his pieces about India, `The Age of Kali', and three history books: `White Mughals', which won the Wolfson Prize, `The Last Mughal', which won the Duff Cooper Prize, and `Nine Lives', which won the Asia House Literary Award.

GOR001317110
From the Holy Mountain: A Journey In The Shadow of Byzantium by William Dalrymple
William Dalrymple
Used - Very Good
Paperback
HarperCollins Publishers
1998-04-20
512
0006547745
9780006547747
Short-listed for Thomas Cook/Daily Telegraph Travel Book Award 1998 Short-listed for Mail on Sunday/John Llewellyn Rhys Prize 1998 Short-listed for Mail on Sunday / John Llewellyn Rhys Prize 1997
Book picture is for illustrative purposes only, actual binding, cover or edition may vary.
This is a used book - there is no escaping the fact it has been read by someone else and it will show signs of wear and previous use. Overall we expect it to be in very good condition, but if you are not entirely satisfied please get in touch with us.