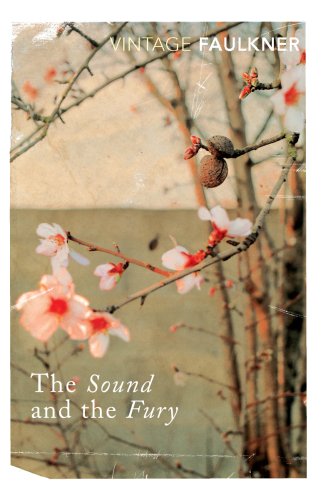 The Sound and the Fury
by William Faulkner

In Stock
$15.49
+10% GST
A complex, intense American novel of family from the winner of the Nobel Prize for LiteratureWith an introduction by Richard HughesEver since the first furore was created on its publication in 1929, The Sound and the Fury has been considered one of the key novels of this century.
Very Good Good Well Read
9 in stock

The Sound and the Fury Summary

The Sound and the Fury by William Faulkner

A complex, intense American novel of family from the winner of the Nobel Prize for Literature With an introduction by Richard Hughes Ever since the first furore was created on its publication in 1929, The Sound and the Fury has been considered one of the key novels of this century. Depicting the gradual disintegration of the Compson family through four fractured narratives, the novel explores intense, passionate family relationships where there is no love, only self-centredness. At its heart, this is a novel about lovelessness - 'only an idiot has no grief; only a fool would forget it. What else is there in this world sharp enough to stick to your guts?'

The Sound and the Fury Reviews

"One of the most important works of American literature this century" -- Observer
"Faulkner has inexhaustible invention, powerful imagination, and he writes like an angel" -- Arnold Bennett
"For range of effect, philosophical weight, originality of style, variety of characterisation, humour and tragic intensity [Faulkner's works] are without equal in our time and country" -- Robert Penn Warren
"Its unlike anything else in literature... The experience of reading it seemed closer to the experience of life than anything provided by a neatly contrived story line... After the war I read all I could of William Faulkner, and he continued to present some unique and, it seemed to me, valid way of looking at life" -- Nicholas Mosley * Guardian *
"Not only was the book a kind of beginning for me, but that it endured still, it moved me deeply and remains "the damndest book I ever read"" -- Niall Williams * Sunday Times *

Born in 1897 in New Albany, Mississippi, William Faulkner was the son of a family proud of their prominent role in the history of the south. He grew up in Oxford, Mississippi, and left high school at fifteen to work in his grandfather's bank. Rejected by the US military in 1915, he joined the Canadian flyers with the RAF, but was still in training when the war ended. Returning home, he studied at the University of Mississippi and visited Europe briefly in 1925. His first poem was published in The New Republic in 1919. His first book of verse and early novels followed, but his major work began with the publication of The Sound and the Fury in 1929. As I Lay Dying (1930), Sanctuary (1931), Light in August (1932), Absalom, Absalom! (1936) and The Wild Palms (1939) are the key works of his great creative period leading up to Intruder in the Dust (1948). During the 1930s, he worked in Hollywood on film scripts, notably The Blue Lamp, co-written with Raymond Chandler. William Faulkner was awarded the Nobel Prize for Literature in 1949 and the Pulitzer Prize for The Reivers just before his death in July1962.

GOR001414754
The Sound and the Fury by William Faulkner
William Faulkner
Used - Very Good
Paperback
Vintage Publishing
1995-01-19
288
0099475014
9780099475019
N/A
Book picture is for illustrative purposes only, actual binding, cover or edition may vary.
This is a used book - there is no escaping the fact it has been read by someone else and it will show signs of wear and previous use. Overall we expect it to be in very good condition, but if you are not entirely satisfied please get in touch with us.