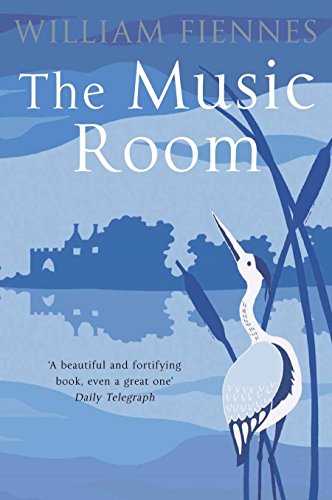 In Stock
$11.99
+10% GST
The bestselling author of The Snow Geese returns with a mesmerizing, heartstopping tribute to his older brother and the house in which they grew up
Very Good
8 in stock

The Music Room by William Fiennes

`Fiennes has exceptional gifts, and he has written a small masterpiece, a tribute to the power of place, family and memory' Sunday Telegraph

William Fiennes' childhood was one of imagination and curiosity, bounded only by the horizon he saw from the roof-tiles of his ancient family home. His older brother Richard, known for his towering presence, his inventiveness, his great passion for Leeds United, and his suffering due to severe epilepsy, was an adored and charismatic figure in his life.

Years later, eager to understand his brother's mind as fully as the ancient trees and secret haunts of his own journey towards adulthood, William Fiennes has written a profoundly moving account of his home, his family's care, and above all, of Richard. The Music Room is a luminous testament to the miracle of consciousness and to the permanence of love.

`On putting the book down I felt as if I had been hypnotised. It held me entranced, afraid and awed. All human grief and glory shimmers off the page' Libby Purves, The Times

The Music Room has an elegiac feel, not least -because Mr. Fiennes writes about his family with such care and dignity. His descriptions of Richard's -outbursts and seizures have the brutality of truth -without any of the modern memoirist's tendency to sensationalize. We are brought deep into the castle that was a family's home, yet what we learn still has an air about it of privacy and restraint. -- Meghan Cox Gurdon

William Fiennes is the best-selling author of The Snow Geese, winner of the 2003 Hawthornden Prize, Somerset Maugham Award and Sunday Times Young Writer of the Year Award, and shortlisted for the Samuel Johnson Prize in 2002. He is also a founder member of the charity First Story, set up to place published authors in creative writing residencies in state schools across the UK.

GOR001953840
The Music Room by William Fiennes
William Fiennes
Used - Very Good
Paperback
Pan Macmillan
2010-03-05
224
0330444417
9780330444415
Short-listed for Duff Cooper Prize 2010 (UK) Short-listed for Costa Biography Award 2010 (UK)
Book picture is for illustrative purposes only, actual binding, cover or edition may vary.
This is a used book - there is no escaping the fact it has been read by someone else and it will show signs of wear and previous use. Overall we expect it to be in very good condition, but if you are not entirely satisfied please get in touch with us.