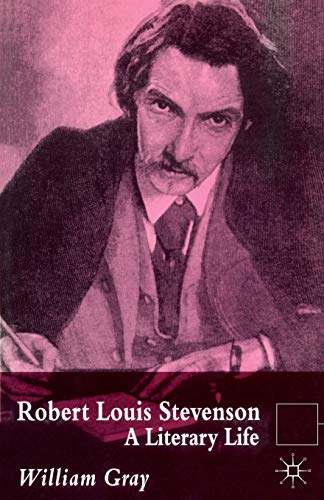 Out of Stock
$21.49
inc. GST
More than most writers, Robert Louis Stevenson requires a Literary Life. Fascination with Stevenson's life (the 'Stevenson biography' is almost a minor genre) has tended to eclipse his literary achievement.
Good
Only 0 left

More than most writers, Robert Louis Stevenson requires a Literary Life. Fascination with Stevenson's life (the 'Stevenson biography' is almost a minor genre) has tended to eclipse his literary achievement. This study focuses on Stevenson's writing practice within the different geographical, cultural and political contexts that shaped it, from Scotland to the South Seas. Following Stevenson's own views on biography, the book is not structured primarily in terms of chronology, but is more a kind of literary geography than traditional literary history.

'A new book... mapping the bohemian life of Robert Louis Stevenson looks at the cocaine-fuelled convalescence that produced Dr Jekyll and Mr Hyde, and a whole lot more besides.' - Phil Hewitt - Chichester Observer

'Gray's close reading is meticulous and intelligent so there's a sense that we're engaging with the real texture of Stevenson's life and work.' - The Scotsman

'With admirable economy, Gray delineates Stevenson's engagements with different literary cultures and traditions - he is especially good on the fertilizing effects of French literature on Stevenson's imagination - and then lays out the varied fruits of those engagements: essays, poems, letters, travelogues, plays, and prose fiction' - Stephen Arata, Victorian Studies 48 (Spring 2006)

WILLIAM GRAY is Professor of Literary History and Hermeneutics at the University of Chichester, UK. He studied literature, philosophy and theology at the Universities of Oxford, Edinburgh and Princeton, and has published widely in these areas, including Death and Fantasy and books on C.S. Lewis and Robert Louis Stevenson.

GOR010199629
Robert Louis Stevenson: A Literary Life by William Gray
William Gray
Literary Lives
Used - Good
Paperback
Palgrave Macmillan
2004-03-12
190
0333984013
9780333984017
N/A
Book picture is for illustrative purposes only, actual binding, cover or edition may vary.
The book has been read but remains in clean condition. All pages are intact and the cover is intact. Some minor wear to the spine.