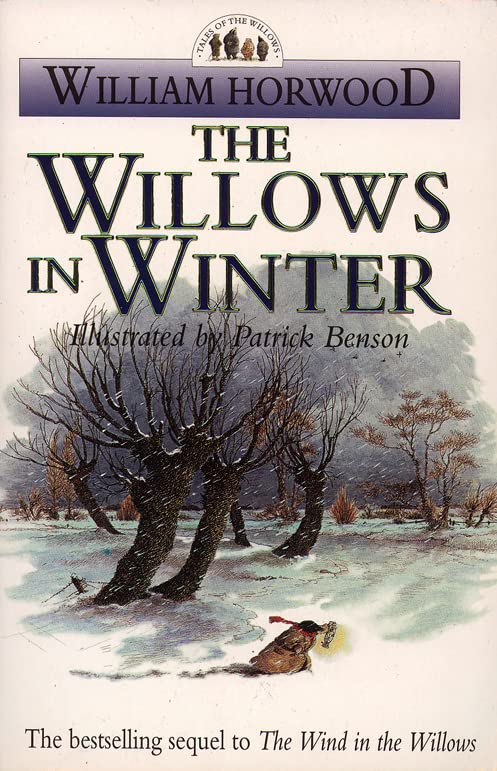 The Willows in Winter
by William Horwood

In Stock
$10.49
+10% GST
This is a re-creation of the much-loved world of Kenneth Grahames "The Wind in the Willows". William Horwood, author of the "Duncton" trilogies, brings to life the characters of Badger, Water Rat, Mole and Toad.
Very Good Good
8 in stock

The Willows in Winter Summary

The Willows in Winter by William Horwood

For now, in an act of homage and celebration, William Horwood has brought to life once more the four most-loved characters in English literature: the loyal Mole, the resourceful Water Rat, the stern but wise Badger, and, of course, the exasperating, irresistible Toad. The result is an enchanting, unforgettable new novel, enlivened by delightful illustrations, in which William Horwood has recaptured all the joy, magic, and good humor of Grahame's great work - and Toad is still as exasperatingly lovable as he ever was.

The Willows in Winter Reviews

"The old characters pop back to life as you begin reading."--"The New York Times"
"Faithful to the original...Festive...A winsome winner."--"The Chicago Tribune"
""The Willows in Winter "transports us back to that familiar rivery world almost as authoritatively-- and entertainingly-- as a sequel by Grahame himself."--"Atlanta Journal Constitution"
"Patrick Benson's cross-hatched illustrations seem to have been lovingly guided by the hand of Ernest Shepard, whose 1931 drawings of "The Wind in the Willows "continue to transport young readers to meadow, riverbank, and wildwood."--"Cleveland Plain Dealer"

Since the publication of 'The Willows in Winter William Horwood has received letters from hundreds of readers thanking him for recapturing the spirit of Kenneth Grahame's great work so faithfully. He is also the author of the two bestselling trilogies about the moles of Duncton Wood, and the new 'The Wolves of Time series.

GOR002821519
The Willows in Winter by William Horwood
William Horwood
Tales of the Willows
Used - Very Good
Paperback
HarperCollins Publishers
1995-05-24
320
0006478735
9780006478737
N/A
Book picture is for illustrative purposes only, actual binding, cover or edition may vary.
This is a used book - there is no escaping the fact it has been read by someone else and it will show signs of wear and previous use. Overall we expect it to be in very good condition, but if you are not entirely satisfied please get in touch with us.